5 Reasons Why GTA 6 Should Add More Locations Via DLCs 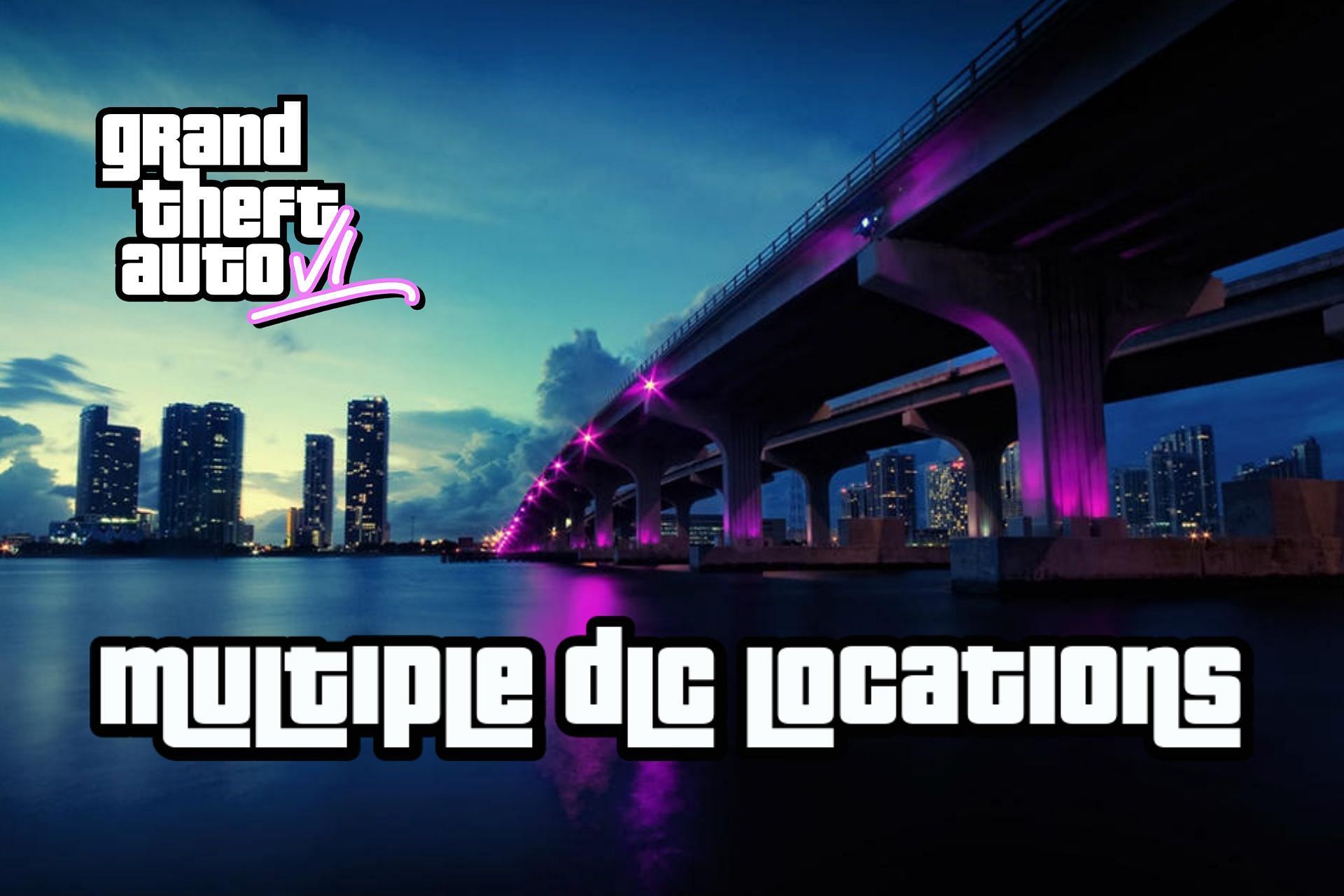 GTA 6 is currently in development and fans are eagerly awaiting its release. While recent leaks have provided a premature preview of the upcoming game, gamers continue to speculate about various aspects of the title. One of the most popular rumors regarding the next installment is that it will bring single-player DLC back to the series.

GTA 4 has two DLCs that expand the storyline: The Lost and Damned and The Ballad of Gay Toni, but not its successor. Rockstar Games may have ditched the DLC ideology for the single-player mode, as they haven’t released one in nine years. Although nothing has yet been confirmed regarding DLCs for the upcoming title, players are optimistic.

This article explains why Rockstar should consider including more locations in the upcoming game via DLC updates.

Note: This article is subjective and only reflects the opinions of the author.

1) Expansion of the map

The first and most obvious benefit of adding more locations is map expansion. Grand Theft Auto 4 and 5 have huge open-world maps with many unique locations, and GTA 6 should follow suit. Also, adding new locations will greatly improve the gaming experience.

GTA’s fan base is one of the most active gaming communities in the world, and it’s highly likely players will have explored the entire initial map within days of release. Therefore, it would be beneficial for Rockstar Games to expand it by adding more locations to the game. If it’s not to be done right away, a gap of one or two years will suffice for new DLCs.

It will undoubtedly provide a unique gaming experience as players will have to travel to various locations to participate in various missions. Current video games are notorious for injecting a distinct atmosphere and flavor into certain locations, and fans will appreciate the addition of scenarios native to those areas as well.

3) Place for the introduction of new characters

New locations and scenarios pave the way for the introduction of new characters and even protagonists. Rumor has it that GTA 6 currently has two protagonists. However, Rockstar is known for being unpredictable. Game developers can easily integrate a new protagonist into one of the new DLCs, giving the title a fresh twist.

New or returning characters can be introduced as NPCs in the new locations. The game is expected to feature locations such as Brazil, Caribbean Islands, Liberty City, Carcer City, and others. Although unconfirmed, Rockstar may bring Claude and Niko back in the next game.

Having multiple locations requires a variety of transportation to get there. Long-distance touring in current games is usually automated by planes with cutscenes. However, GTA 6 is expected to include manual travel scenarios where players can select which mode of transport they wish to use; the more involved the player, the better.

While it’s possible to get bored while traveling, game developers can include fun elements or side activities to keep players engaged during the journey.

The PlayStation 5 version of GTA 5 was officially titled Expanded and Enhanced. However, fans were disappointed with Rockstar for not making significant improvements and only offering minor changes. Most players felt like they had been cheated.

This problem can be totally overcome by adding new locations through DLCs. Fans have high expectations for Rockstar, and the developers should only focus on delivering a truly “broader and better” experience in the upcoming game.