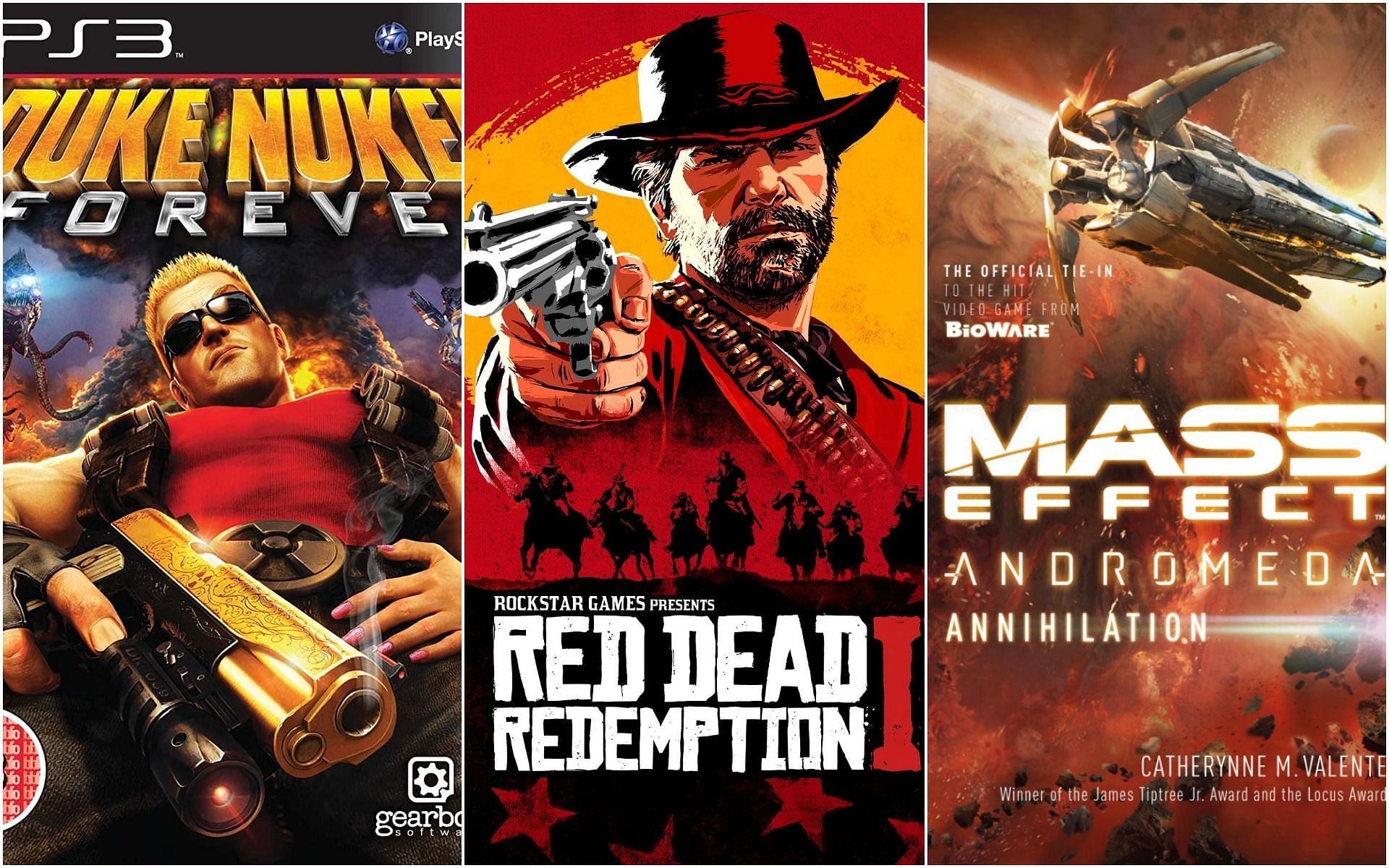 Creators always opt for a sequel whenever a title is a hit. This is true in most forms of entertainment and in games as well. A popular game enjoyed by many only means that they will enjoy it more. Players form an emotional bond with the characters and look forward to returning to this universe.

Most successful games have an extensive backstory and a compelling premise that can be easily expanded as a sequel or even a prequel. The brand value created for the franchise makes it a better bet to invest in than coming up with a completely new concept.

More often than not, many such sequels end up becoming money-making titles with little or no creative enhancements. The developers are looking to make a quick buck by copying and pasting previous content with just enough changes to make it different. They are not entirely wrong to do so. Why fix something that isn’t broken, right?

A sequel made for profit may also feature enhancements and creative endeavors that will further delight fans. The golden rule of business is that you should seek to make your product obsolete instead of someone else doing it. It’s what keeps an organization on its toes and constantly innovates.

Sequels that dropped the ball on well-established titles

Considered by many to be one of the greatest shooters of all time, Duke Nukem was first released in 1991 to a fantastic reception that earned two more titles in quick succession shortly thereafter.

Although the quality of subsequent games remained the same, if not lower, the developers were oblivious to the fan saturation and continued to sell the same explosive action.

The straw that broke the camel’s back was Duke Nukem Forever, released in 2011 after more than a decade in production. The game still felt like a product of the late 90s and failed to keep up with changing industry trends.

Tony Hawk’s Pro Skater is a perfect example of how a nostalgic series can turn into a sour note once editors get too greedy. Activision had the opportunity to bid farewell to the iconic series and leave it in its place, but instead decided to revive and reinvent it.

Plagued by various issues such as clunky controls, dated graphics, uninspired levels, and filled with game-breaking bugs, Tony Hawk’s Pro Skater 5 was an absolute mess. Development was rushed and it was released in an unfinished state. The day one patch was bigger than everything on the disc, a huge warning sign for industry veterans.

Additionally, the main functions of the game were tied to online services, and once the servers were shut down, the game was rendered unplayable.

The Dead Space franchise reinvented the survival horror genre and integrated it well with modern shooters. Released in 2008 and 2011 respectively, the first two titles in the franchise were absolute diamonds enjoyed by gamers around the world.

Unfortunately, instead of sticking to the roots of what made it great, Dead Space 3 attempted to reinvent the franchise by ditching horror and turning it into a cover-to-cover action-adventure game, similar to titles like Mass Effect. Pesky microtransactions to customize weapons didn’t help either.

While the game was pretty solid with a strong co-op campaign, the storyline was nothing like the previous two titles, and fan disappointment is evident in the fact that there was no sequel.

One of the most beloved trilogies ever made, Mass Effect was an intergalactic epic that captured the imagination of everyone who played it. The plot, combat mechanics, and character interactions were detailed and well thought out. The icing on the cake was that the decisions made in the first game would also affect the options available in the last.

Unfortunately, Andromeda couldn’t live up to the hype of its predecessor. The game was hilariously buggy upon release and felt underwhelming in plot and scale. New characters with their goofy animations and lifeless expressions have fans of the franchise wishing they hadn’t played this sequel.

The Worst Sequel fails not because it wasn’t done well but because the publishers were greedy beyond compare. Gone are the days of buying a game and expecting to get the full product.

EA is known for its micro-transactions and loot boxes. It would have been understandable if it was a free game, but it is not.

Even though the Star Wars franchise was growing in popularity at the time and the game was pretty solid on its own, these worst practices by a few greedy people sank this masterpiece that could have been a star-lover’s mecca. wars.

Sequels that capitalized on fame and pushed the bar

As more casual FPS hits like Call of Duty and Battlefield worked their way to the top, tactical shooters took a back seat. However, in Rainbow Six: Siege, the genre has been brought back to life with one of the most dynamic and challenging shooters.

While most competitors prefer large-scale battles or battle royales, Siege focuses on precise gunplay and tactical positioning. Far from the well-received Rainbow Six: Vegas Siege rewards skill and communication above all else. This sequel successfully renewed interest in the franchise and has enjoyed a loyal community base since 2015.

One of the most popular RPGs of the 90s, the Elder Scrolls series, took players on a journey to a land filled with magic, creatures, and interesting characters. The fourth installment in the series, Oblivion, received critical acclaim and brought the franchise great fame.

So it came as a surprise to many when the fifth installment, Skyrim, took the Elder Scrolls world to even greater heights and became an instant hit upon release.

With deep lore, massive amounts of content, and thrilling combat, Skyrim needs no introduction today and is the reason for the runaway success of Elder Scrolls Online, an MMO RPG enjoyed by millions. .

Originally released in 1993 for MS-Dos, this first-person shooter is considered one of the most violent and intense experiences of the era. Subsequent sequels capitalized on its strengths and solidified the franchise’s positioning.

After a long hiatus, Doom exploded onto the FPS scene in 2016 and brought players back to the infernal arenas for an unforgettable power trip. While modernizing the graphics and experience, the game doesn’t lose sight of its horror roots and focuses on aggressive violence.

Players are rewarded for getting up close and personal in tearing a demon to shreds, and the game makes fighting through hell seem like a fun weekend outing.

Despite being one of gaming’s most iconic characters, Lara Croft became a byword in the minds of gamers due to a series of Tomb Raider games in the mid-2000s that were either mediocre or outright horrible.

In 2013, the series got a fresh start with a reboot that told Lara’s origin story with modern innovation and realistic grit. Clunky controls and unnecessary sex appeal have been worked over to make way for an action-packed title that’s more cinematic than ever.

As a testament to its success, two more sequels and a movie were later released.

A sequel to 2004’s Red Dead Revolver, Red Dead Redemption was a masterful game in its own right. The second installment of this game arrived in 2018, 8 years after the first, and took the franchise to even greater heights.

Red Dead Redemption 2 was a huge hit with its immersive open-world western setting, captivating plot, and colorful characters. Players can’t help but be drawn into Arthur Morgan’s emotional journey and the hardships of life in the wild Wild West.

Note: This article is subjective and reflects the opinions of the author only.