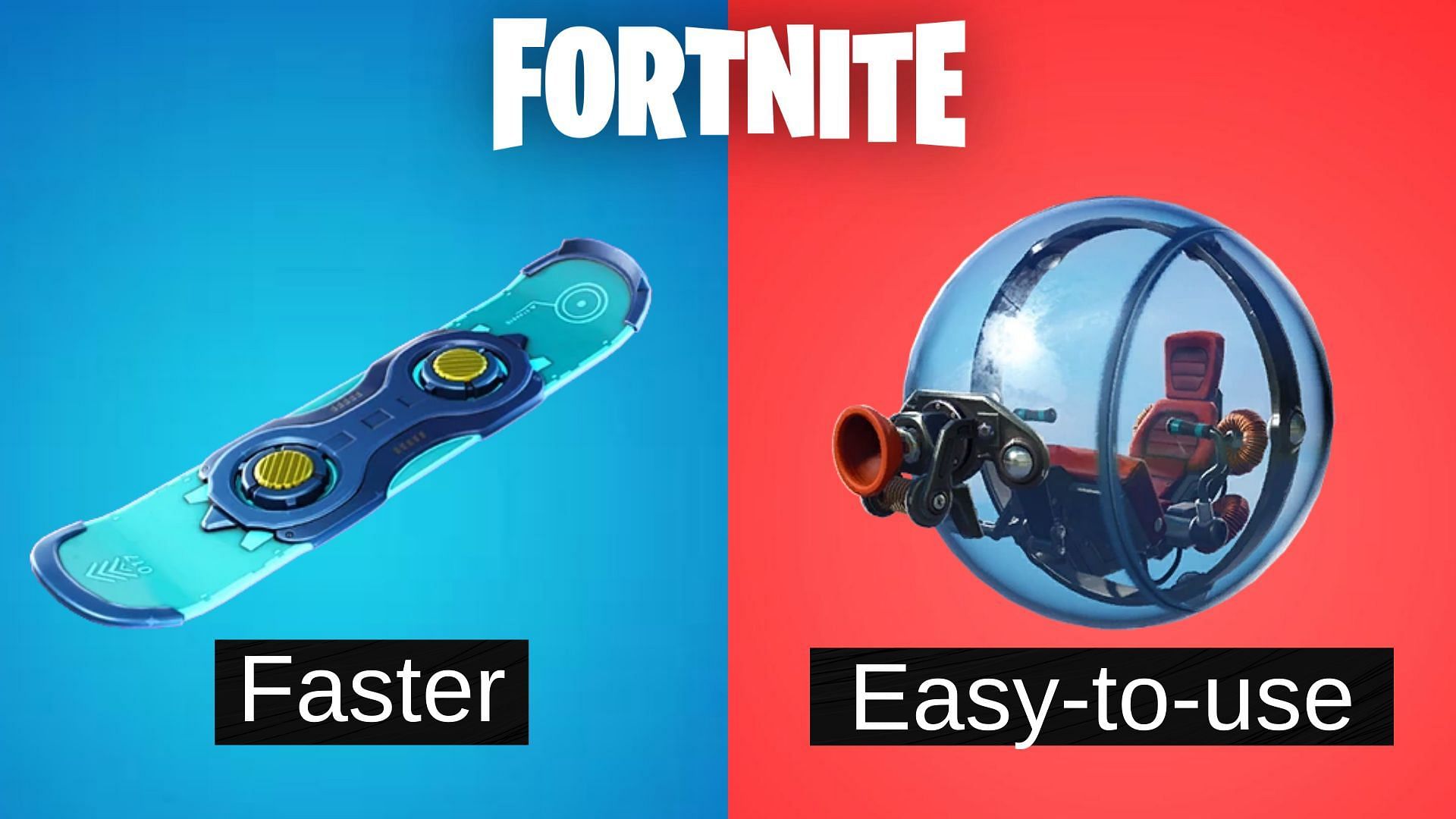 With over a hundred Loopers on Fortnite Island, there is a need to provide some sort of mobility that will help them travel around the map. When the storm emerges from ground zero, it puts the loopers into a state of panic where they resort to traversal elements to make a quick run into the safe zone.

Over the past few years, Fortnite has made several additions and reductions to different types of vehicles and items that have provided players with traversal benefits.

Mobility is also very necessary for competitive players in tournaments or arenas. Here are the 6 items or vehicles classified and used for mobility in Fortnite.

6 Items Or Vehicles Used For Mobility In Fortnite, Ranked

The Baller is a vehicle that was added in Chapter 1 Season 8. It is a friendly vehicle that can be driven by a single looper. It can move in any direction and will rotate along the axis when the player moves the camera.

Baller also has two methods of propulsion: a boost and a grappler. It was one of the most used vehicles for competitive and non-competitive matches during the Olympics era.

Spiderman’s Web Shooters are one of the most popular traversal items in Chapter 3. It is considered a must for carrying items in a player’s loadout. It wasn’t the most user-friendly at first, but if practiced and spent time with it, it could provide great mobility and an advantage in combat.

It is available in limited supply in the Arena but packs around 80 web shots in its cartridge for firing in casual matches.

The Driftboard was an extremely fun vehicle that was added in Fortnite Season 7. It was inspired by the Hoverboard from Back To The Future and only allows one Looper to ride it.

This also allows the Looper to fire, heal, or emit emotes while maintaining the momentum they have built up while riding it. It was a popular object that was not only used for its mobility, but also for fun and to perform various stunts unimaginable at the time.

Rift-To-Go was one of Fortnite’s first extraordinary items with a unique ability. When Fortnite’s story was in its infancy, Zero Point Energy was stored in a capsule known as the “Rift-To-Go” that loopers could break open.

This, in turn, would help them interdimensionally travel to a different portal located within the skyline of the island. Players have used it many times to travel long distances or to escape a fight. It has a unique feature, where if used it will leave a broken rift that could be used again by other players for a limited time.

QuadCrashers were one of the first vehicles that could be driven by two loopers. Back in her Season 6 release, players discovered a new meta with quads where they could infinitely boost her and stay airborne.

Quads have been removed and vaulted multiple times, but are currently active on the Fortnite Chapter 3 island, where they now require gas to operate.

Kit’s Shockwave Launcher was an extremely advantageous weapon that used normal rockets to release Shockwave Bullets to act as Impulse Grenades for players. It was mainly used in competitive matches.

It provided mobility assistance and was also used against players to push them through storms or launch into their builds.