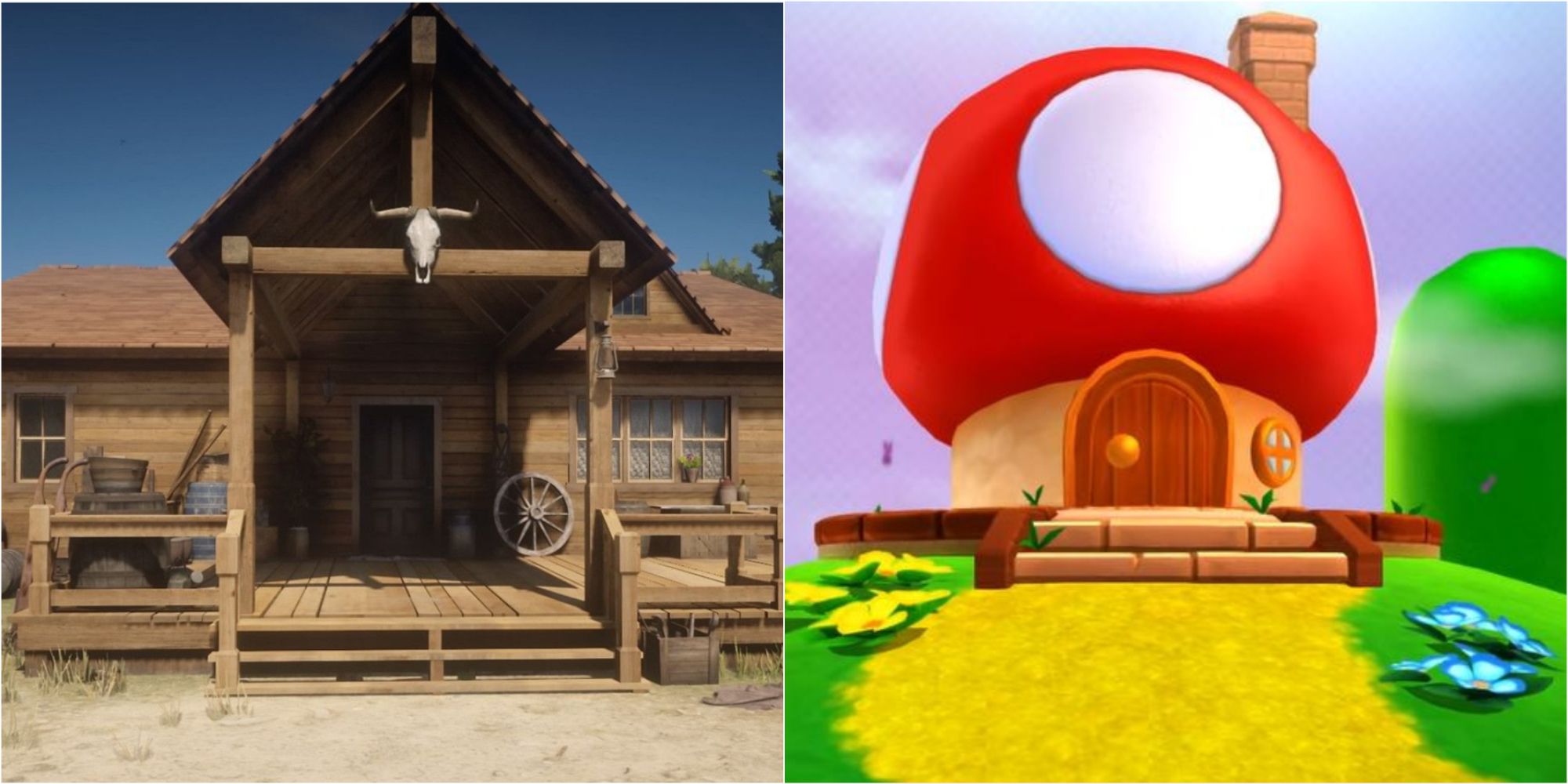 Games like Minecraft and The Sims allow you to build and design your own homes. Thus, you end up with a place that suits you. That’s great, but these types of residences can’t really be considered iconic because they only impact you and not the entire game world. Other games, however, contain houses already built that have the potential to be legendary.

RELATED: The Best Games That Let You Buy A House

It all depends on what game they are in, how they are used, and how they look. A house doesn’t need to excel in all of these categories to be iconic, but generally it should do well in at least one or two of them. The following are certainly eligible.

In Grand Theft Auto games, you usually have a place to call home. It can be an apartment, a hotel, a caravan or anything that can fit a bed inside. Some of the best are large-scale homes. For example, GTA 5’s trio of protagonists have a few good ones. But the show’s most iconic house belongs to CJ.

He inherited the place after the death of his mother. The protagonist also lived there as a child with the rest of his family. There is nothing visually spectacular about the house. It is a traditional two storey detached house with a garage. Still, it’s memorable because it’s the first place you visit in San Andreas.

At the start of Assassin’s Creed 2, Ezio Auditore is a young noble living in a nice house in Florence. However, he soon has to flee the city and finds a home with his uncle at Villa Auditore. The place is huge and contains many different rooms, including a hidden shrine that pays homage to the best Assassins in history.

RELATED: Games Where You Can Climb Anything

More importantly, the villa plays an important role in the lore of the series, as it is where Ezio truly began his transformation into a legendary Assassin. Desmond and his team also use what remains of the building as their base of operations many years later, which adds to the prestige of the villa.

Super Mario characters don’t seem to spend much time at home because you always see them in the wild. However, in some games, the Toad House makes an appearance. In fact, there’s always more than one, as most worlds have more than one. And despite what the name suggests, they don’t just serve as decompression spots for toads.

In most cases, Toad Houses contains a challenge to complete. If you succeed, you acquire items or coins to help you on your adventure. So these are definitely useful homes. But they have style to go with that substance. Although the design of each is simple as they are just one big mushroom, it’s hard to deny how adorable they are.

There have been many different versions of Croft Manor throughout the Tomb Raider series. Pretty much every time he appears in a game he looks completely different. No matter how many revamps it undergoes, the mansion remains iconic.

It serves as a home for Lara, her father, or both, depending on the timeline. As passionate adventurers, the Croft family can’t settle for a traditional home. Thus, the place sometimes includes an obstacle course and a lot of secrets. In the early games, you were free to interact with all of these things while walking around the residence. Ironically, despite the series featuring so many exotic locations, many of the most memorable moments happen at this mansion.

Beecher’s Hope from the Red Dead Redemption series is the ranch owned by John Marston and his family. Although he appears in both games, he is particularly special in Red Dead 2. In the epilogue, there is an interactive sequence dedicated to John building the house from scratch. This unforgettable moment is enough to make the structure iconic.

But there is also a lot of meaning behind the place. By setting up Beecher’s Hope, John proves to his family that he can provide for them. It’s also the first real indication that the protagonist may be leaving their life as an outlaw behind. Another thing that makes this place legendary is the fact that it is a very beautiful structure.

The original Resident Evil is one of the best games to take place in one location. And said place is the legendary Spencer Mansion. The house is giant because it contains three floors and a basement. On the first two floors, there’s a litany of different rooms, including a bar, gallery, and armor room. Most of them look very fancy and include interesting puzzles.

Still, beautiful architecture and a large number of rooms are not the things that make it a classic gambling house. Instead, it’s the spooky atmosphere of the place, which you feel while walking around. The bizarre nature of the Spencer Mansion helped make the original Resident Evil a standout game and spawned a beloved series.

NEXT: The Most Iconic Elements In Video Game History