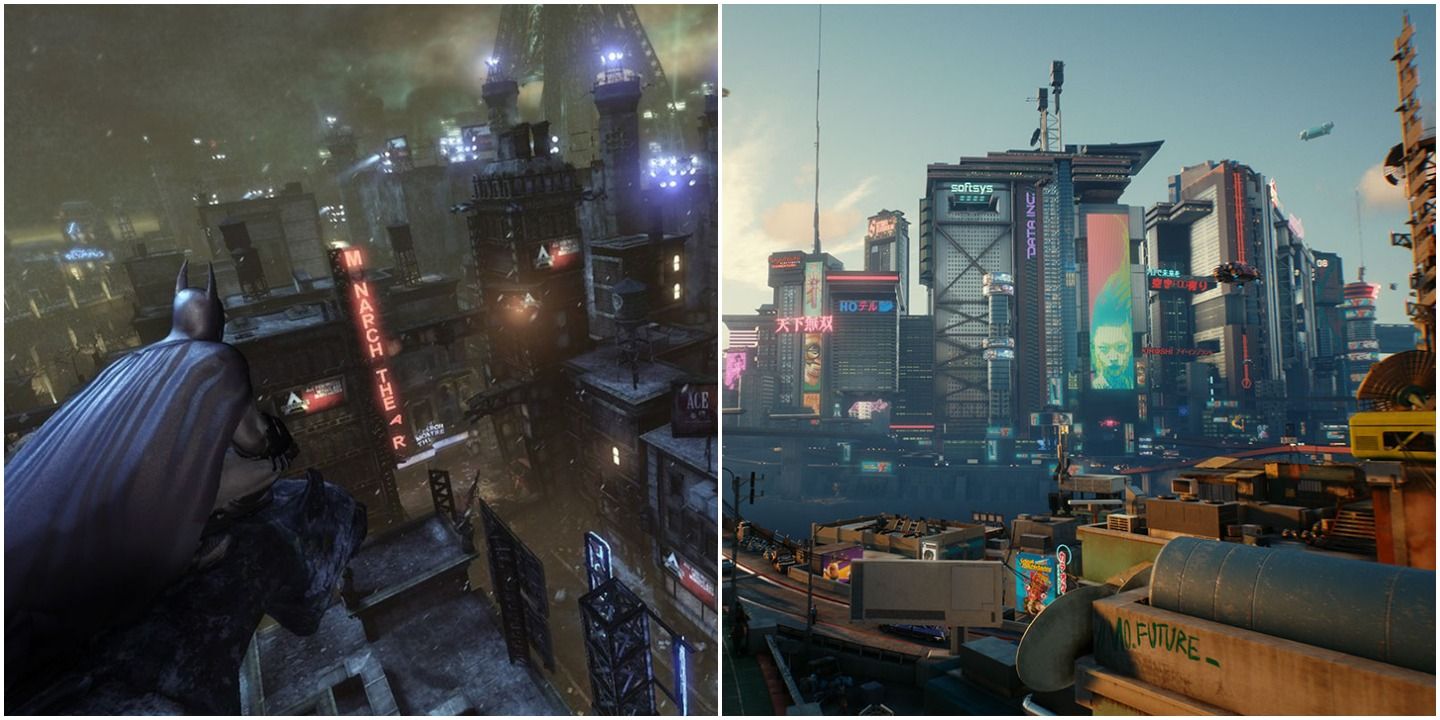 Video games have been home to a number of buzzing towns over the years. Some of them try to mirror the ones we have in real life, while others take all sorts of creative liberties that work to stretch and stimulate the imagination.

However, not all video game cities were created equal. A few have managed to have their own distinct identities that stay with the player even after putting the controller down. The best are the ones that are not only pleasing to the eye, but also perfectly capture the mood and tone of the games themselves, as well as the state of the characters that inhabit them. So with those things in mind, here are some of the most iconic cities featured in video games.

Crime-ridden towns that need to be cleaned up aren’t new to video games. But, when the Streets of Rage games were first released on the Sega Genesis in the early 90s, Wood Oak City quickly helped set the standard for what such a city should look like on a 16-bit console.

Historical titles have had wave after wave of street thugs for one of four playable characters to fight before facing an end level boss. The city received a fresh coat of paint when Streets of Rage 4 rolled out in 2020, with a hand-drawn art style that struck a nice balance between modern and retro.

After the close-quarters horrors of Spencer Mansion in the original Resident Evil, Capcom decided to widen the playing field for its sequel by throwing players into the zombie-infested streets of Raccoon City.

RELATED: Resident Evil: Every Game Ranked By How Long It Takes To Beat

And despite its dilapidated state amid the ongoing viral outbreak, the city has still managed to retain its identity through places like the RCPD, many of which were beautifully recreated for the game’s 2019 remake.

Grand Theft Auto games are pioneers of the 3D open-world genre, each giving players the freedom to explore and cause all manner of mayhem in its interactive sandbox. And of all the cities featured in games over the years, Los Santos is perhaps one of the most memorable.

Modeled after the city of Los Angeles, the city is known for being home to the Grove Street families first introduced in Grand Theft Auto: San Andreas. The city was revisited again in Grand Theft Auto 5, where it was further fleshed out with additional neighborhoods and boroughs, marking one of the largest featured in a video game at the time of release.

Games in the Fallout series may be set many years after an all-out nuclear war, but they’re still home to some of the darkest and most beautiful open worlds around. This is especially true of the remnants of Las Vegas that serve as the setting for the Fallout 3 spin-off, Fallout: New Vegas.

RELATED: Things We Want To See In Fallout: New Vegas 2

Largely spared the horrors of the Great War, the city of New Vegas is the perfect refuge in an otherwise arid wasteland. Don’t be fooled into thinking this is an ideal tourist destination, as you’ll have to fight your way through bandits and countless other mutations to get there.

After fighting his way through countless criminals and villains from his rogues gallery in the brilliant Batman: Arkham Asylum, the Caped Crusader has returned once again for an even greater helping of crushing justice in Batman: Arkham. City.

In the game, Gotham City has been overrun by escaped prisoners from Arkham Asylum, forcing the powers that be to issue a citywide curfew. So with all of the unfortunate civilians locked away safely in their homes, it turns the city into the ultimate sandbox as Batman attempts to rid the streets of the criminals and villains who have since begun to plague them.

Regardless of what you think of Cyberpunk 2077 and the less than ideal state the game launched in, you have to admit that its Night City setting is one of the most visually striking in a video game.

RELATED: Plotting Holes in Cyberpunk 2077 That Were Never Explained

Developer CD Projekt Red took everything it learned from its work on The Witcher 3 and turned the dial to eleven, creating a multi-level metropolis that wouldn’t look out of place in dystopian sci-fi movies. like RoboCop and Blade Runner.

While an argument could be made for any of the other cities in the 3D GTA games, no other city in the series even evokes the same sense of identity as Vice City.

From the sandy beaches of Ocean Drive to the neon lights of the Malibu Club, every square inch of the metropolis is reminiscent of the city of Miami at the height of the 80s. the series, one can only begin to imagine what the city would look like in all its next-gen glory.

Of all the cities we’ve had the pleasure of exploring in video games over the years, the city of Rapture is one of the most captivating. Located deep under water in the middle of the Atlantic Ocean, the once-beautiful utopian paradise was designed by its creator, Andrew Ryan, to be the perfect getaway from all the religious, social and political machinations of the world, after the Second World War.

But the road to hell is paved with good intentions as they say, and so the city gradually falls into a state of disrepair following a civil war. What remains are the remnants of a narcissist’s ideologies, as well as the victims of a culture obsessed with genetic modification. The city is also home to iconic pairs Big Daddy and Little Sister, wandering the dark halls in search of the much sought after chemical, ADAM.

NEXT: The best games to play again and again

This reveal trailer was perhaps a little premature.

Michael Abayomi was born in Lagos, Nigeria. He shares a passion for books, movies, music and video games. You can check out @michaelabayomi on YouTube, Twitter or Instagram for more of his geeky adventures.