Calgary kids are reimagining the heart of the city using Minecraft 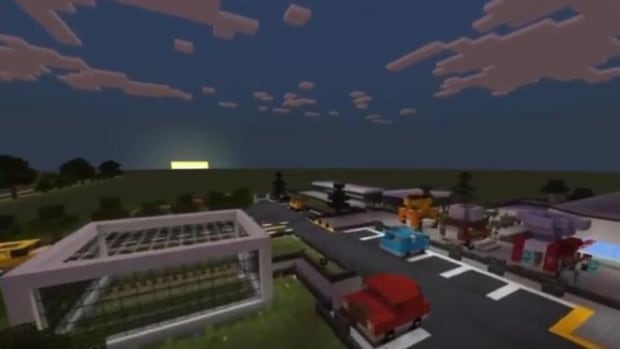 Calgary students were asked to reimagine the city’s downtown using the popular video game Minecraft, and the city announced the winners of the competition on Thursday.

More than 12,000 Calgary Board of Education (CBE) K-12 students were invited to create what they wanted to see in the city’s downtown in the pixelated world of Minecraft, a game where players can gather or mine building materials to create a new world.

The city, public school board, and video game makers have partnered on this project to invite kids’ ideas.

The CBE narrowed the shortlist to 12 finalists across four divisions on Thursday.

One of the Grade 7 category winners, Areeb Khan, and school teammates Dr. Gordon Higgins worked during lunch hours and after school on their build.

“Our idea was to incorporate naturalization in a way that was fun and exciting for modern Calgary usage,” Areeb told the Calgary Eye Opener.

“Our idea was to create less of a building and more of nature.”

Teacher Sarah Mackinnon, who was approached by Areeb for the project, said it wasn’t hard to convince her students to play Minecraft at school.

“I think historically adults tend to turn their noses up at things like video games and stuff like that,” she said.

“But using something like Minecraft in education, not only is it actually a valuable tool, where kids can practice their spatial awareness and different creative activities, but it also engages kids. It’s an easy sell. “

“Our downtown belongs to all Calgarians and it’s amazing to see the Minecraft creations that over 12,000 Calgary students have put together as they imagine the future of our city’s core,” said Gondek.