Easiest way to get Amethyst Shards in Minecraft 1.18 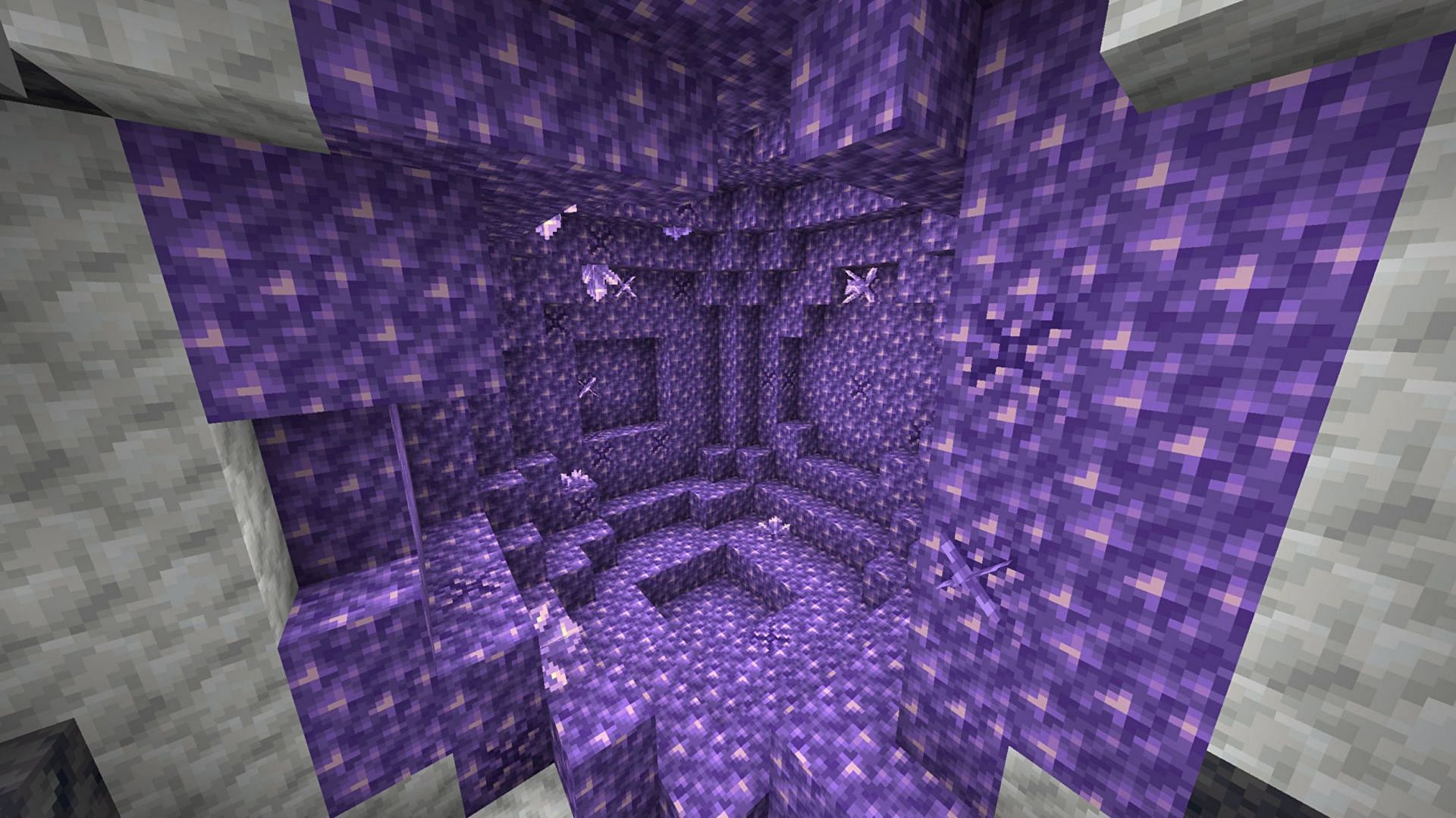 Amethyst Shards are a relatively new inclusion in Minecraft, but they already have several notable uses.

Finding an amethyst geode can be a tricky proposition in Minecraft, but they spawn regardless of whether players have activated structures during spawn or not. Geodes are usually found between levels Y=-64 and Y=30 and have a 1 in 24 chance of spawning in each spawned chunk.

Sometimes they can even appear on the surface of a world, especially on beaches and oceans, but this is considerably rare. Anyway, there are several ways to simplify the search for an amethyst geode.

There are various methods Minecraft players can use to find geodes fairly quickly. Of the three methods, two are particularly useful when having access to night vision potions.

Either way, each method is considerably useful compared to simply mining the subterranean layers of a player’s world and hoping to hit one by accident. However, there is one thing players should be aware of when looking for geodes: the age of their world seed.

If Minecraft players take advantage of a world seed created before the 1.17 Caves & Cliffs update, they will need to head to a new chunk in order to find geodes, as chunks they have already frequented will not spawn them.

However, if the player is exploring on a seed that was created after 1.17, they should have no problems and can find chunk geodes all over their world. It’s important to keep this in mind, as some of the geode-finding tactics may be less effective if players are in a pre-1.17 world.

One of the easiest tactics for finding geodes in Minecraft 1.18 is to explore caves until players find the dark gray smooth basalt blocks, which form the outer shell of a geode. These blocks can then be easily smashed with a pickaxe, and a player can properly enter the geode and mine their amethyst for shards.

It is also possible to use the x-ray glitch of the boat. However, players should go as deep as possible (while staying within the range of height levels where geodes spawn) while using the glitch to expand their view. Using a night vision potion should allow the player to see much of the underground caves and geodes in a clearer context.

In addition to exploring caves and using the x-ray glitch, Minecraft players can also hop on a boat and search nearby ocean biomes. If they have a night vision potion, this is considerably easier, as players are able to see through the surface of ocean water.

One can then find generated geodes beneath the surface of the ocean and dive to mine them at will.