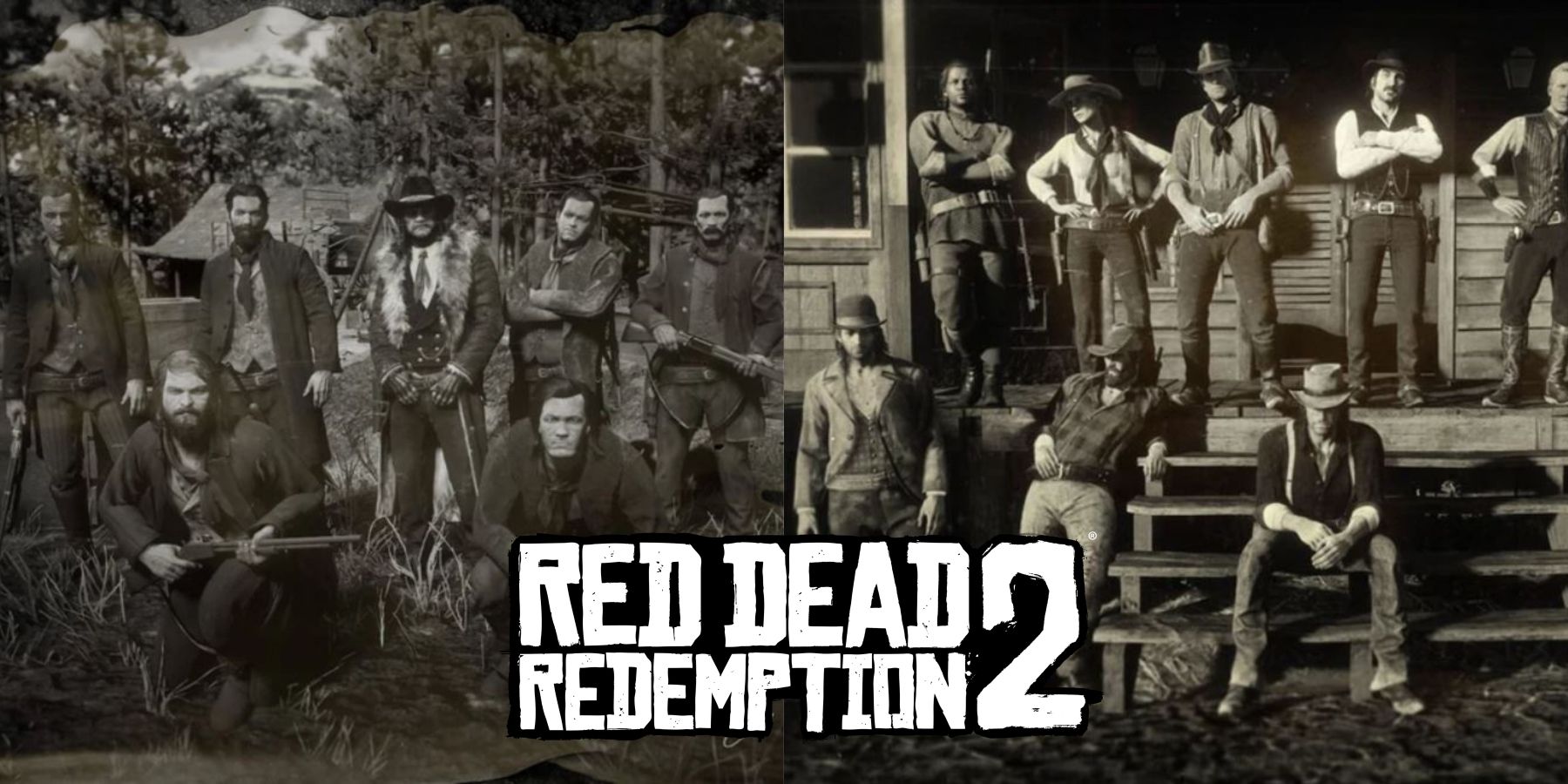 Red Dead Redemption 2 has a tragic and complicated story woven around different characters, each with a distinct role. The main character, Arthur Morgan, is a member of the Van der Linde gang, and they are constantly on the run from the law and rival gangs.

Red Dead Redemption 2 takes place at a pivotal moment in American history when the age of outlaws is coming to an end. Yet gangs like Van der Linde wreak havoc across the country and evade law enforcement by any means possible. Eventually, the criminal organizations come into conflict with their rivals, and the Van der Linde gang was no different. They quarreled regularly with other Red Dead Redemption 2 gangs like the Del Lobo boys, the Murfree Brood and the Lemoyne Raiders. The Van der Linde gang’s fiercest rivals, however, are the O’Driscolls.

Origins of The Van der Linde Gang and O’Driscolls Feud

The O’Driscolls are arguably the fiercest enemies of the Van der Linde gang, and the rivalry between the two groups begins before the events of the game. They are the first adversaries the player encounters in Red Dead Redemption 2, shortly after the gang finds a place to rest in the Grizzlies. Little is described in Red Dead Redemption 2 why the two criminal groups hate each other, but some clues about their history have been given.

Dialogue from older members of the Van der Linde gang like Dutch, Hosea, and Arthur suggests that the two gangs have an unpleasant history that goes back years. Some dialogue even suggests that Dutch and Colm O’Driscoll, the leader of the rival gang, were allies at one time and worked together to achieve their criminal goals. Somewhere along the way, the two gang leaders got into a fight and have since gone to each other’s throats.

In the words of Arthur Morgan, the two individuals go back a long way and have a real blood feud. More information on this conflict between Dutch and Colm O’Driscoll is revealed during a first mission in Red Dead Redemption 2 called “old friends”. Arthur and Dutch ride to an O’Driscoll camp in the mountains, where Arthur tells Dutch to end the conflict. They continue to talk about their issues when it is revealed that Dutch killed Colm’s brother in the past, who had killed Dutch’s love interest Annabelle. Since then, the two Red Dead Redemption 2 the gangs took each other by the throat and wanted to destroy their adversary as soon as they had the chance.

The O’Driscolls are first seen on the very first mission in Red Dead Redemption 2, called “Outlaw of the West”. The people of Van der Linde find shelter from the heavy snowfall in an abandoned former mining town when Dutch, Arthur and Micah find a farm in search of supplies. This house belongs to Sadie Adler and her husband, who were killed by the O’Driscolls who took over the place. A small shootout ensues and the Van der Linde gang members emerge victorious.

The next mission where O’Driscolls appears is “Old Friends”, where more information is revealed about the history of the two gangs. Dutch, Arthur, Bill, Lenny, Javier and Micah travel to O’Driscoll’s camp to sabotage their plans to rob a train in Red Dead Redemption 2. After the mission, the gang members encounter a runaway O’Driscoll Boy named Kieran Duffy. The Van der Linde gang eventually threatens Kieran on the next mission to reveal Colm’s location, which he believes is the six-point shack.

Unfortunately, Colm is nowhere to be found and Arthur is ambushed by an O’Driscoll, whom Kieran kills and saves Arthur’s life. After that, players move to the New Hanover area, where O’Driscolls can be seen more frequently, primarily around Valentine. They often set traps around bridges and attempt to ambush Arthur whenever they get the chance. Additionally, players will discover many O’Driscoll hideouts and camps as they progress through the game’s events.

O’Driscolls will show hostile behavior towards Arthur and can be easily recognized by his distinctive attire or long gray coats. Plus, they have thick Irish accents and names like Seamus and Patrick. This suggests that many of them could be Irish immigrants. Additionally, the O’Driscolls still seem to have a numerical superiority but are poorly trained with substandard equipment.

They appear in the “Blessed Are The Meek” mission, where Arthur breaks Micah out of prison in Strawberry. On their way back to camp, they are ambushed by dozens of O’Driscoll gang members who flee in the face of resistance offered by Micah and Arthur. They both have another encounter with the rival gang in the mission, “An American Pastoral Scene”.

However, the most important Red Dead Redemption 2 mission from the perspective of gang rivalry is “Blessed Are The Peacemakers”. Colm O’Dricsoll finally appears in this mission and offers to parley with the Van der Linde gang. The Van der Linde gang suspect it might be a trap, but they go for it anyway. The two gang leaders are seen face to face for the first time during the main story of Red Dead Redemption 2.

The interaction between Dutch and Colm is very significant as it reveals many vital details. First, Dutch apologizes to Colm for killing his brother, to which Colm replies that he didn’t like him very much. This indicates that the feud did not start because of the death of Colm’s brother and that peace was not an option. Furthermore, Colm also says that the law offered him money to provide information about Dutch, suggesting that he had better political connections.

The O’Driscolls appear in a few other missions where they attack the Van der Linde gang at the Saint-Denis camp. Eventually, Colm is apprehended by the law and sentenced to death. His hanging takes place during the mission “Goodbye, Dear Friend”, where he initially intends to escape. Arthur, Dutch, and Sadie dress up as police officers to witness the execution and also end up foiling Colm’s plans to avoid death.

Colm is eventually executed as planned, but Sadie loses her temper and kills a group of O’Driscoll’s boys and lawmen. Colm’s death ended her feud with Dutch, but Sadie Adler still sought revenge for her husband’s murder. ‘Mrs. Sadie Adler, Widow,’ is the last mission where O’Driscolls is seen. Sadie avenges her husband’s death by killing her murderer, Tom, who has become the leader of the O’Driscoll gang.