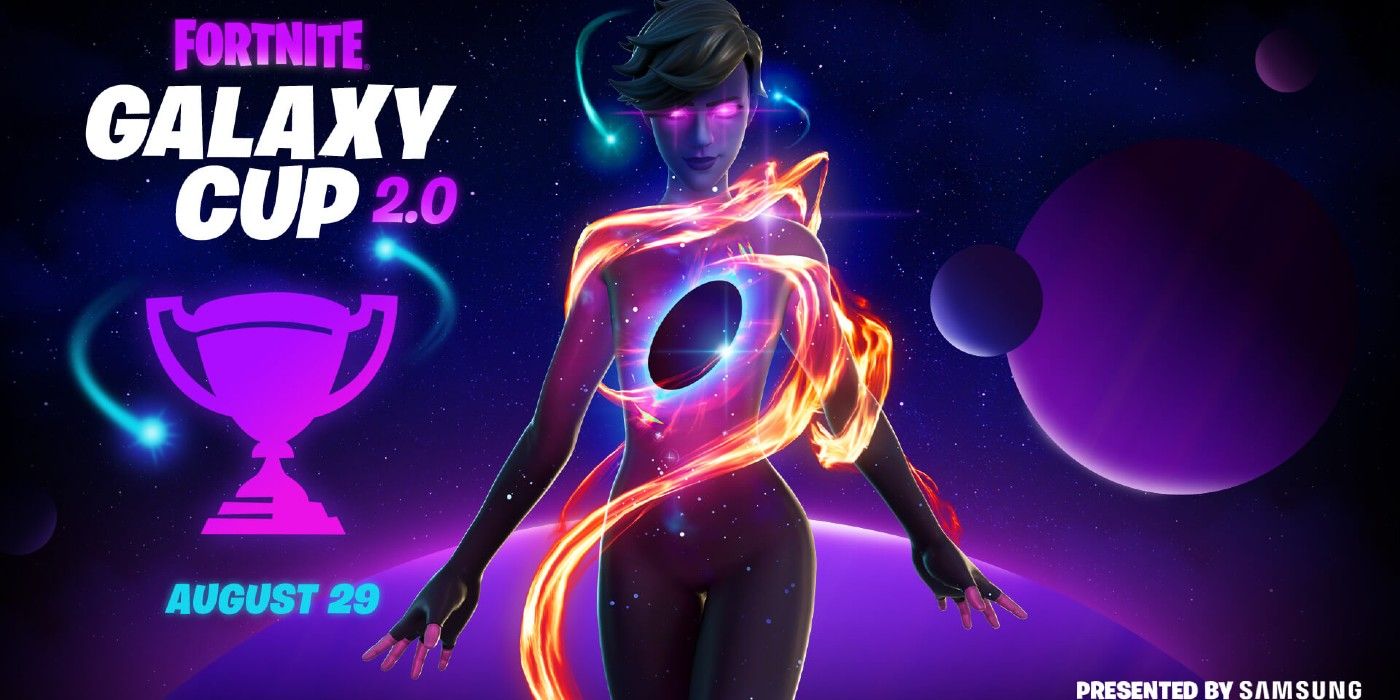 Epic Games returns with another collaboration with Samsung, bringing back the Galaxy Cup for players who want to unlock exclusive cosmetics.

Epic Games announced the Galaxy Cup 2.0 for Fortnite Battle Royale, a new tournament exclusively for Android users who can compete for a chance to unlock exclusive rewards and galaxy-themed cosmetics such as the Galaxy Grapple Skin. Taking place on August 29, this new Fortnite cup will take place as a single player tournament and take the form of an Arsenal limited-time game mode rather than the traditional battle royale format. This game mode will be similar to Call of Dutyand players will have three hours to complete 25 games as their final scores stack up against other competitors in their region during this massive collaboration with Samsung.

Fortnite Battle Royale is one of the most played multiplayer games in the world and has brought Epic Games more success than any of its other proprietary titles. Multiple crossovers and collaborations also made the game stand out with different characters, celebrities, and pop culture themes. Along with this, Epic Games has also formed numerous partnerships with other major publishers and studios to bring exclusive content to Fortnite, one of their most important being with tech company Samsung.

The partnership between Epic Games and Samsung goes back a long way and the two have worked together to bring players some of the most memorable tournaments and skins. Last year the Galaxy Cup was introduced over the summer and this year Samsung is officially back for another haunting collaboration. In an official statement on their website, Epic Games announced that the Galaxy Cup is officially back with a chance to unlock the Galaxy Grappler skin, Hands of the Galaxy back, and Vortexual wrap, while anyone reaching for a bit more of 20 points during the cut will unlock the Lllamalaxy spray on August 29.

While Android users won’t get a traditional battle royale, the cup will take place during an Arsenal LTM due to the shorter matches and popularity. During this mode, players fight their way through an assortment of weapons as they are given lesser weapons with each successful elimination until they end up with a pickaxe. For Galaxy Cup 2.0, each elimination will give players one point, a Victory Royale seven points, and entry into matches will automatically award one point. Players who don’t want to participate, however, can purchase the exclusive cosmetics in Fortnitethe Item Shop at a later date as before, although Epic hasn’t announced a date.

Available August 29, one of the biggest Fortnite collaborations is taking place for its second year. If you are an Android user, the Galaxy Cup 2.0 is not a tournament to be missed.

Sam is a narrative writer and developer who is currently a freelance writer for Screen Rant. Having studied game design and communication, he enjoys keeping up with industry news, working on independent projects and creating content on retro games. You can stay up to date with him on Twitter @Scriptslash