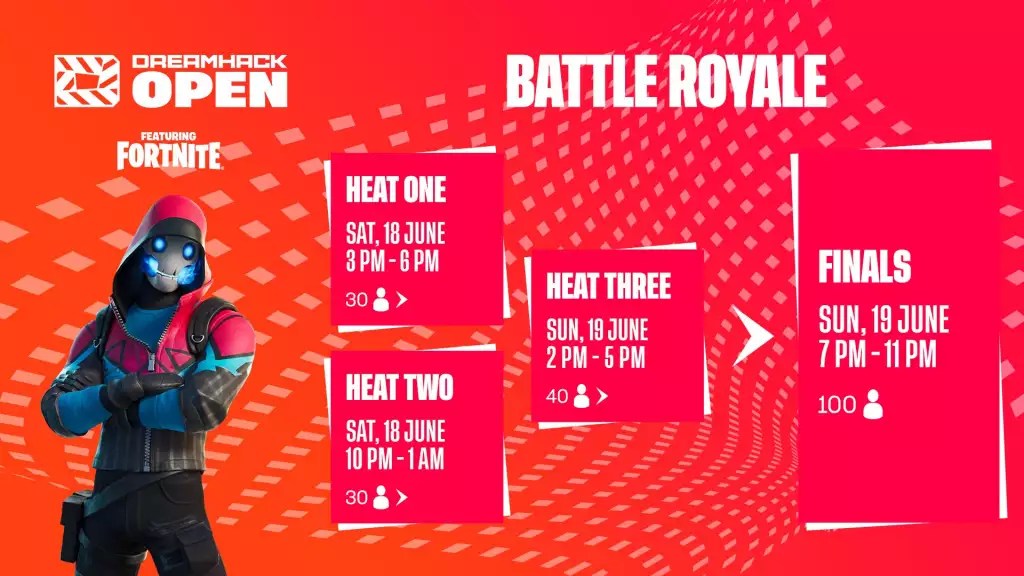 The Fortnite DreamHack Summer returns and this time to Jönköping, Sweden. The Dreamhack tournament gathers a huge audience, which leads to an increase in the title’s competitive scene. This event offers a lucrative prize pool of $200,000, but only players with LAN tickets can participate.

The tournament is divided into two Solos game modes: DreamHack Summer Zero Builds and DreamHack Summer Battle Royale. The game’s competitive ranked mode consists of three leagues separated into ten divisions. A player will be eliminated provided they fully deplete another player’s HP and shield (if any).

How to watch Fortnite DreamHack Sweden