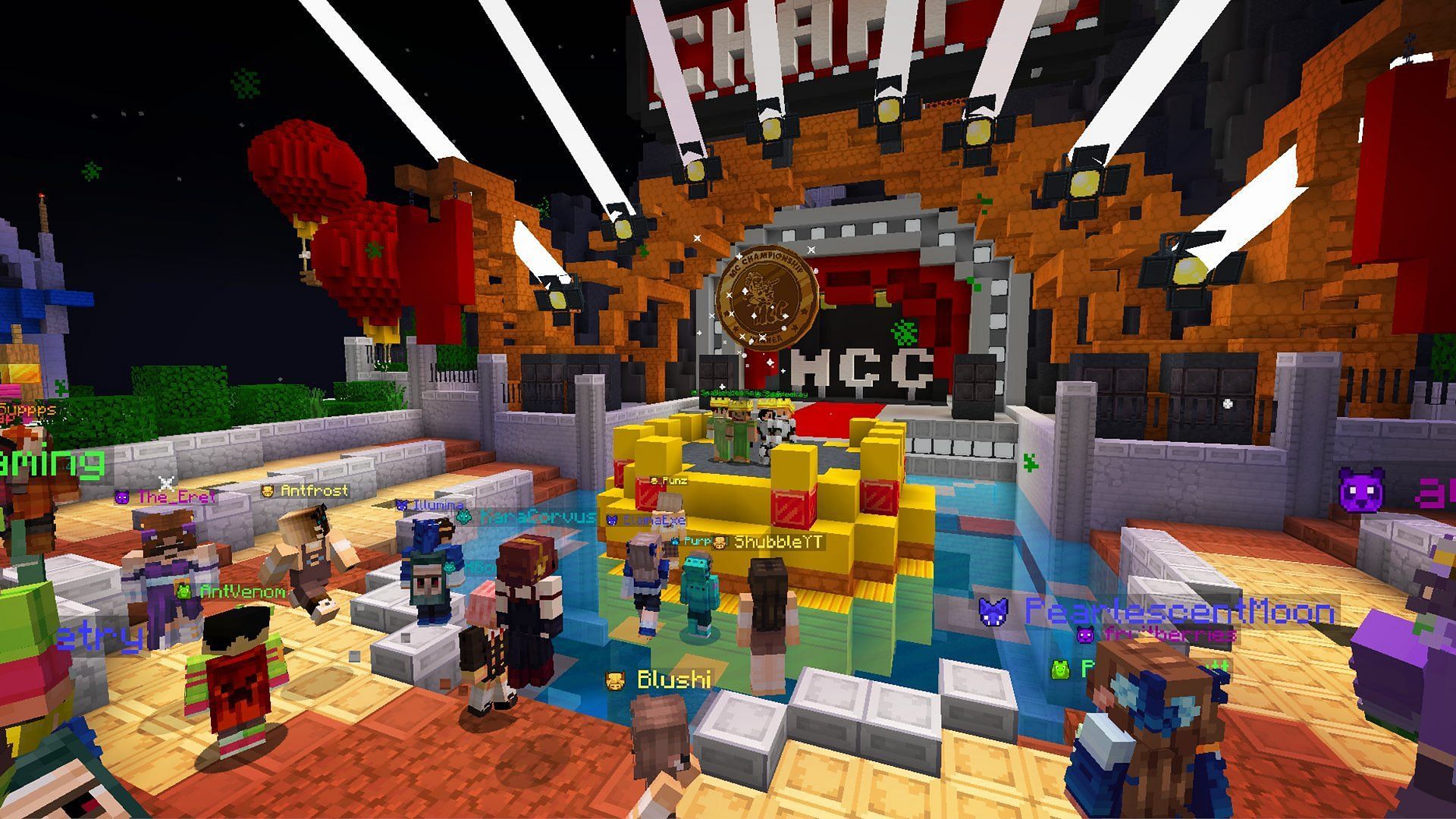 The Minecraft Championship is back with its 26th event. After a successful event in September, they are organizing a new competition. Millions of fans flock to different live streams to watch the tournament as it consists of their favorite content creators.

In this event, 40 top Minecraft content creators are chosen and divided into 10 teams. All teams play multiple custom mini-games on a server and accumulate points throughout the event. The top two teams go on to the final where one of them is crowned the winner. Since this is a light competition, everyone enjoys the minigames no matter what position they are in.

Generally, the 10 teams for the event were announced a few days ago on the official MCC Twitter account. It was one of the favorite aspects of the whole event as millions of fans learned who teamed up with whom. Considering that the MCC hosts form the teams themselves, their reveal came as a surprise to all fans.

Like all other MCCs, the list is filled with familiar names. However, some top creators like Dream and GeorgeNotFound will not be participating in this MCC.

When and where to watch Minecraft Championship 26?

Something nasty is happening around here… 🦇

Something nasty is coming around here… 🦇 Get ready for a spooky MCC 26 on October 22! 🎃👑

The competition hosts kept their fans updated on everything via the official Twitter account. A few weeks ago, they announced that Minecraft Championship 26 will be held on October 22 at 8:00 PM BST.

Fans living in different time zones can simply take the BST timing and convert it according to the time zone of their location. They will have to wait a while as the event is only scheduled for next week.

With such speed, MCC will be there in no time!!

When it comes to watching the competition, the hosts don’t stream it and fans can instead watch the event through various content creators. Most participants will stream the championship on their own Twitch and YouTube accounts.

Hence, gamers can simply head to one of the streams and watch their favorite team and content creators. Since the whole event is sort of creator-focused, it’s a great way for everyone to bring viewers and fans together. It also gives fans the chance to watch the competition from different angles and perspectives.

That’s not a gimmick, we’ve treated MCC Island to a spooky update! 🦇

That’s not a gimmick, we’ve treated MCC Island to a spooky update! 🎃🦇 https://t.co/UoK4I4YwIc

This month’s Minecraft 26 Championship will feature a special Halloween-themed map and custom games. Content creators will also dress up specially for this event to entertain their fans even more. As different teams have been given special names and color codes, some members will even have special in-game skins planned.