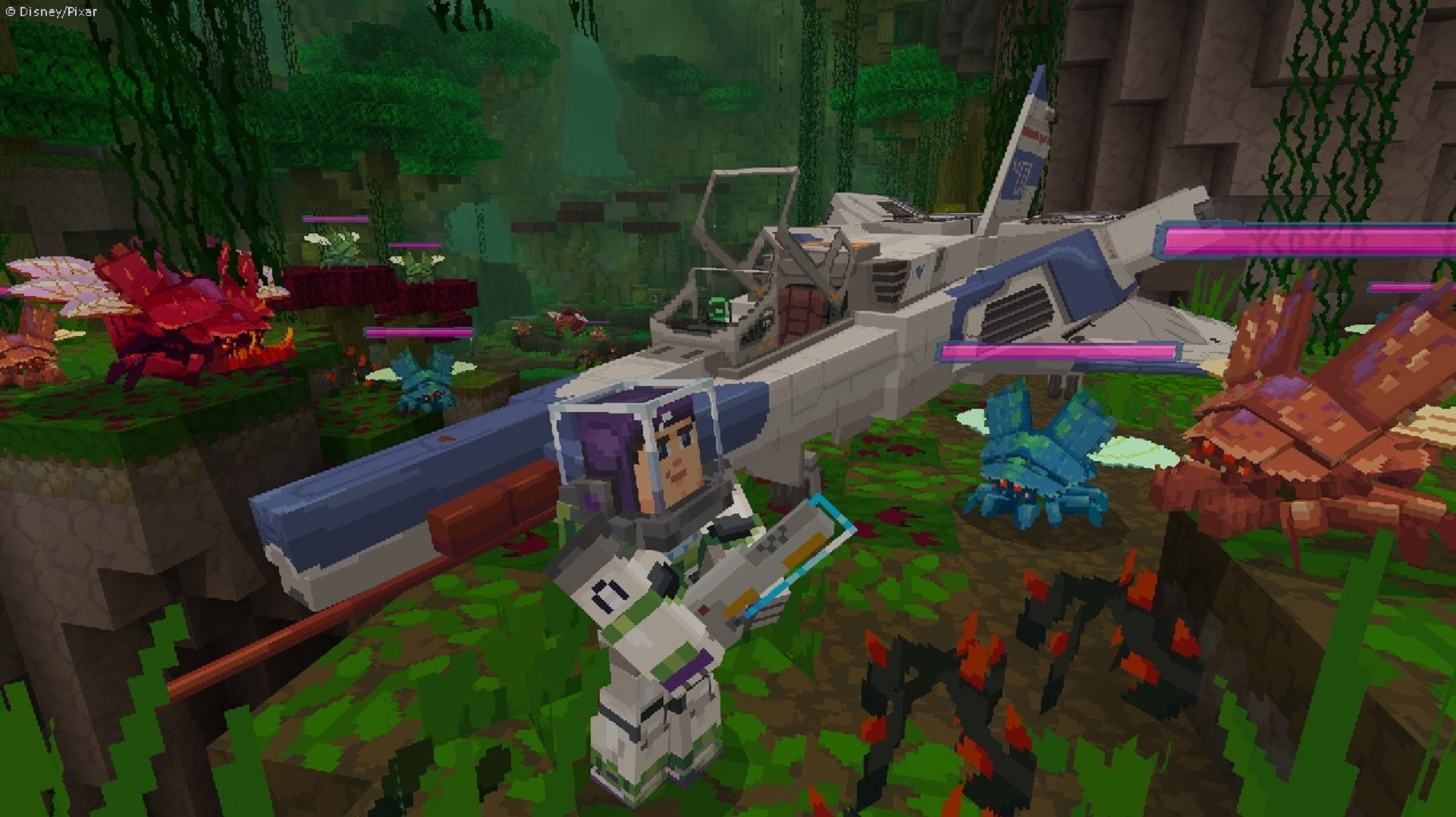 Are you (or your kids) hungry for a space adventure like you’ve never experienced before? If so, Minecraft might be the best place to find your next intergalactic journey with the new Lightyear DLC that has just been added to the Minecraft Market.

Tied to the Lightyear movie that’s in theaters now, this content pack lets you put yourself in Buzz’s shoes as he journeys through the stars. This is available to most Minecraft: Bedrock Edition owners, though those on the Nintendo Switch will have to wait until later this year to take the stars.

As for what you can expect, the DLC features an origin story for the astronaut, as you have to explore an alien planet after crash landing. Containing five different missions that will take you through a variety of biomes, you’ll fend off a range of enemies, bosses, and treacherous flight segments as you search for a way to achieve your goal.

Once you complete these missions, you can expect a new Lightyear character creator item, so you can play as an astronaut in more terrestrial game sessions. As such, it’s a must-have download for anyone invested in the character, or even those with their heads in the stars.

What do you think of this new DLC pack? Will you pick it up? Let us know below! For more information on Minecraft, see our articles on Minecraft Creation Platform Safety for Kids. Also, in case you missed it, Minecraft Legends was recently announced during the Xbox and Bethesda showcase this month.