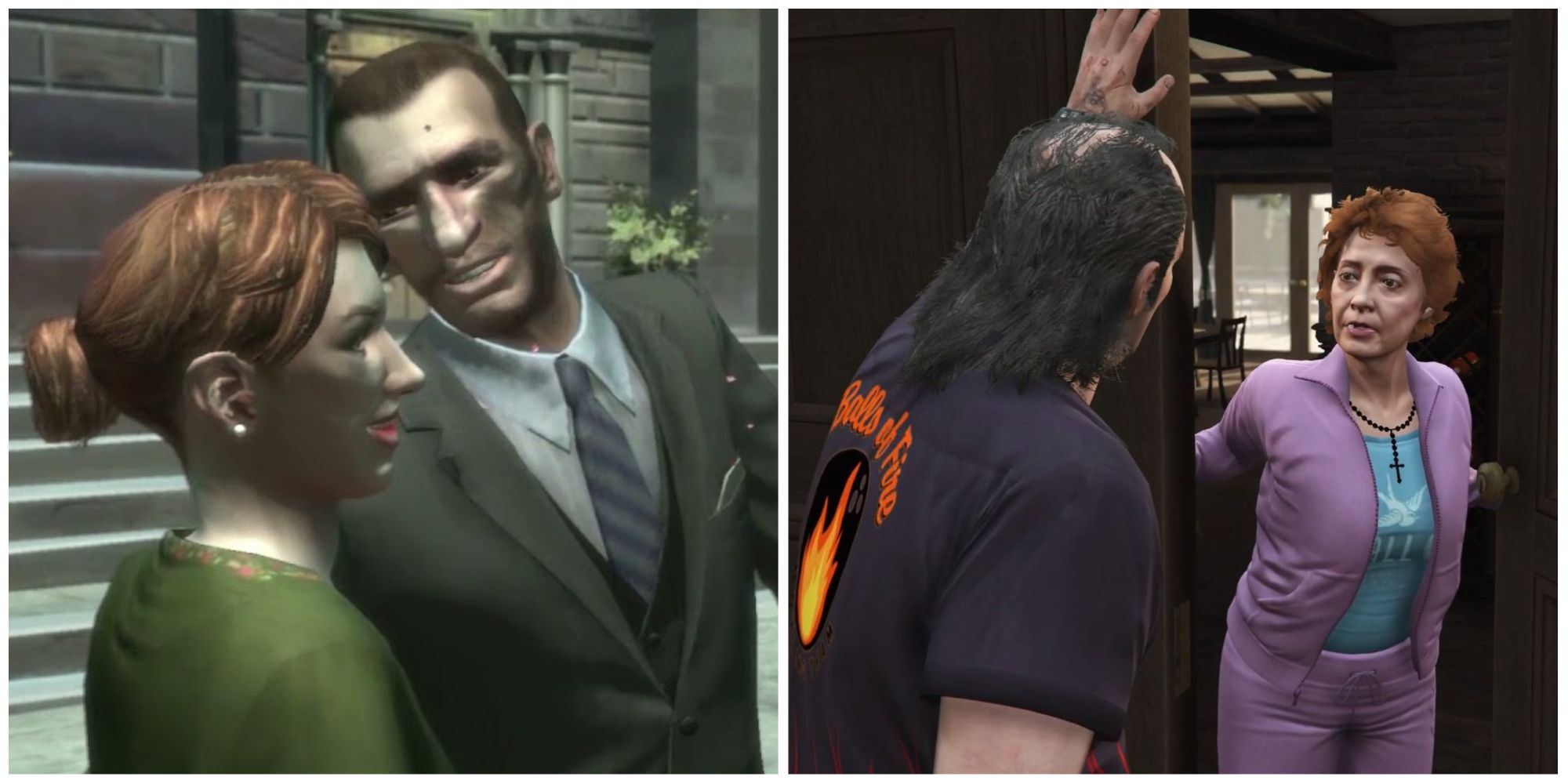 The Grand Theft Auto series has developed a knack for trapping its main characters in an array of scary situations. The world of crime takes no prisoners, so the player should keep this fact in mind when dealing with potential employers. There’s a lot at stake, so many protagonists yearn for a brief moment of normality. These moments, however, are fleeting.

Several Grand Theft Auto entries will allow the player to pursue a relationship, but some love interests are more suitable than others. Although many romantic relationships are genuine, some are brimming with hidden motivations and hidden agendas. A relationship that once offered escape can quickly lead its participants back to the world they hoped to get away from, but some will allow the protagonist to let their guard down and convey their true emotions.

Although Catalina’s first appearance features her as the main antagonist of GTA 3, San Andreas was trying to give her a little more endearing side. CJ meets Catalina through her cousin Cesar and reluctantly begins a relationship with her in hopes of getting some quick money.

Their unusual bond sees them carry out a series of robberies and burglaries, but CJ eventually grows tired of Catalina’s unpredictable temper and decides to end the relationship. Catalina continues to form a relationship with Claude, but will randomly call CJ to berate him as the plot progresses.

Maria Latore met the infamous Salvatore Leone while working as a waitress at Caligula’s Palace. She forms an instant connection with the mob boss and decides to return to Liberty City to pursue a relationship with him, but their time together reveals how unsuited they are for each other.

After meeting Claude, Maria decides it’s time to get away. She flees to Staunton Island with Claude and her friend Asuka before plotting the murder of her former lover. She spends most of the story referring to Claude as her “boyfriend”, but Claud’s silence keeps her from reciprocating her feelings.

Denise Robinson is first encountered by CJ during the “Burning Desire” mission where he sets fire to a building belonging to Vagos. As the house is on fire, CJ hears screams coming from upstairs and rushes inside to investigate the source.

He eventually bumps into Denise and tries to save her before the whole house is engulfed in flames. After saving her, CJ can ask Denise out on a date. Unlike most of her potential partners, Denise considers a drive-in shoot to be just as romantic as a candlelit dinner, making her one of CJ’s most suitable partners.

Niko meets Karen Daniels during the “Three’s a Crowd” mission where he is tasked with bringing her and her friend Mallorie back to their apartment. Once they arrive at their destination, Karen will suggest they go on a date because she wants to “get to know him”.

After completing the “First Date” mission, Niko and Karen will be able to go on several dates, but their relationship is unfortunately short-lived. Karen reveals during “The Snow Storm” that she was employed by the government to spy on Niko. Although their relationship seemed genuine, Karen’s job prevented their love from truly blossoming.

Before the start of GTA 5, Franklin was romantically involved with a childhood friend named Tanisha, but their relationship was cut short. After her brother’s death, Tanisha decided to distance herself from anyone involved in gangs, and Franklin was no exception.

Franklin spends the rest of the story trying to win her back, but Tanisha has no interest in returning to his side. She informs Franklin that she is getting married, and although this news infuriates him at first, he eventually accepts it and wishes her well. The contract Downloadable content in GTA online revealed that Franklin and Tanisha got back together after the main story’s climax and have since started a family.

Niko meets Kate McReary during the “Harboring a Grudge” mission provided by Packie. After completing this mission, Niko begins to work even more closely with the McReary family and subsequently begins to develop feelings for Kate.

Although Kate dislikes Niko’s criminal lifestyle, she decides to pursue a relationship with him in the hopes that her influence will steer him away from the dangerous path he is on. Its impact encourages Niko to distance herself from the world of crime and find a new purpose that doesn’t involve so much bloodshed.

Patricia Madrazo is introduced to Trevor while working for her husband Martin, the leader of a Mexican-American drug cartel. Trevor demands payment after completing a job for the intimidating drug lord but receives none, so he decides to kidnap his wife to settle the score.

Trevor and Patricia begin to develop feelings for each other during their time together, but their romantic relationship is broken when Martin asks his wife to come home. The two exchange goodbyes but continue their relationship via text for the rest of the story.

Tommy Vercetti is first introduced to Mercedes during “The Party”, the first assignment given to him by Ken Rosenberg. The mission sees Tommy confront Colonel Cortez about why their drug deal was ambushed, but Cortez has no interest in discussing it.

Instead, he introduces Tommy to his daughter and asks her to keep him company while he is on the yacht. Mercedes then reveals her deep knowledge of the world of crime and subtly points Tommy in the right direction while doing so. She stays by Tommy’s side after this mission and the two strike out in flirtatious companionship.