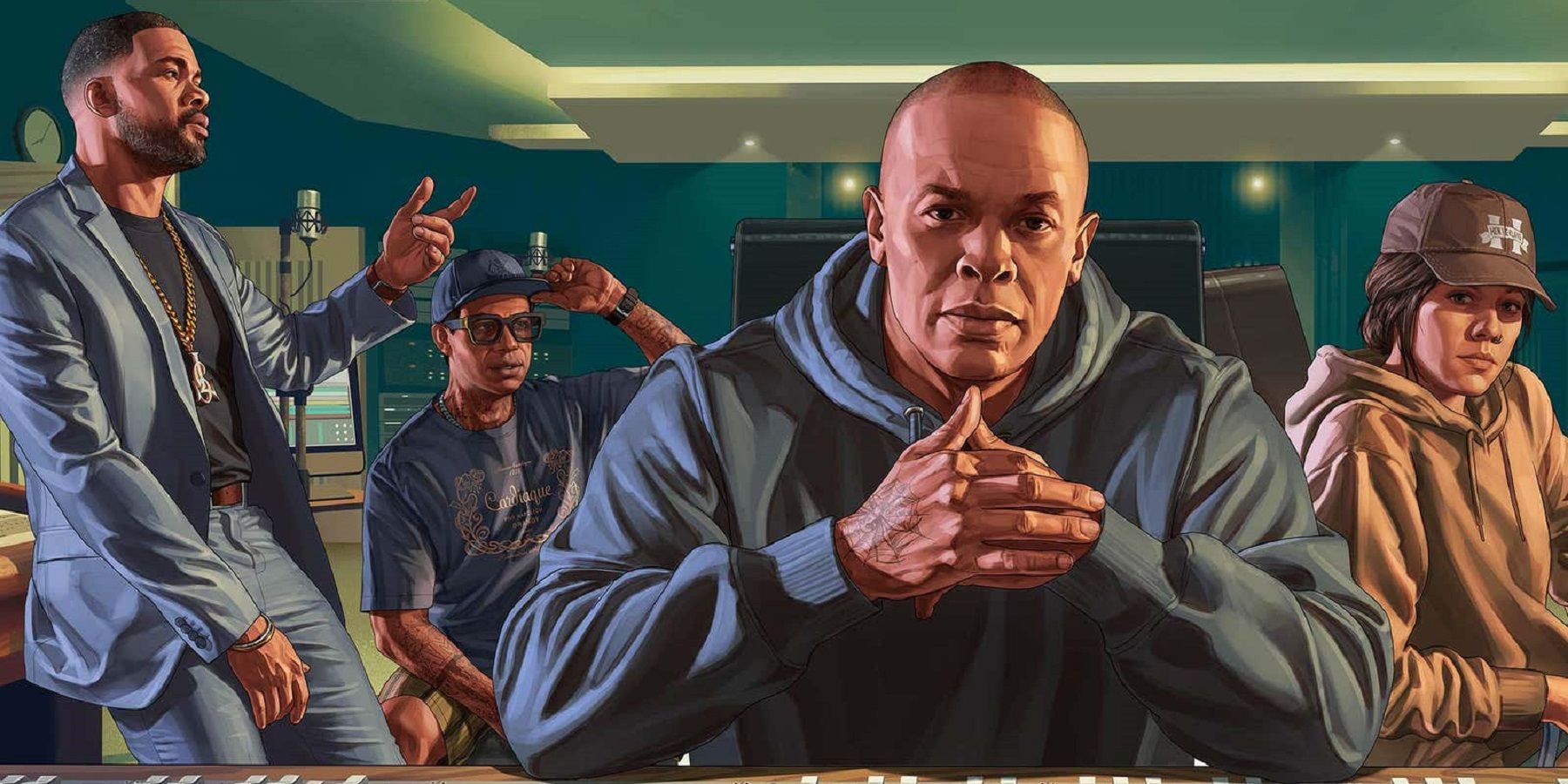 A Grand Theft Auto Online player shares a screenshot of a personalized license plate he created to thank Dr. Dre for his latest collaboration.

grand theft auto online has a lot of fans around the world, but some of these fans are more famous than others. Recently, legendary rapper and producer Dr. Dre was added to grand theft auto online as part of a collaboration that made the Rockstar Games title the platform for six new tracks. He’s also handing out a $2 million in-game reward this week to players who help themselves in-game, leading one player to create a personalized license plate to thank him.

RELATED: GTA Online Players Are Bringing Back The Alien War

Redditor Bellpow recently posted an unorthodox thank you to Dr. Dre for his generosity regarding in-game rewards. They didn’t mention Dr. Dre’s musical contributions to the game, instead focusing on his willingness to dish out $2 million in the game to players whenever they help him deal with Johnny Guns in “The Contract: Dr. Dre” VIP Contract. The post features a screenshot of Bellpow’s car with a custom San Andreas license plate reading “THXDRE.”

This isn’t the first time Dr. Dre has appeared in grand theft auto online, but it’s definitely his biggest collaboration with the game so far. The extra $2 million handed out to players each time they complete the contract is just the icing on the cake. Reportedly, the event will last until Wednesday, February 2, so players in need of cash have several days to earn it. Unfortunately, it looks like players will have to complete all of the missions involved in “The Contract: Dr. Dre” in order to get the reward again – without jumping straight to the finale for easy pay.

As of this writing, it seems many other players are also interested in the event and how Bellpow managed to customize their license plate. Apparently Bellpow used a now-deleted phone app to create the personalized license plate. It looks like the app no ​​longer works reliably, but it worked well enough for this particular project. A number of users discussed how “The Contract: Dr. Dre” could be completed for the reward, with several complaining that Rockstar Games did not properly advertise the bonus. A few other users wondered if helping a friend complete the missions would give both players the reward.

grand theft auto online is available now for PC, PS4, and Xbox One with PS5 and Xbox Series X versions also in development.

MORE: GTA Online: Every New Weapon In The Contract & How To Get Them

Horror fans must watch this anime

Finding a really good horror anime can be tough. This collection of horrifying short stories by Junji Ito will make any horror fan’s skin crawl.

A latecomer to gaming who grew up in a home without consoles. His life changed after he found an old Gameboy Color and a copy of Pokémon Crystal at a garage sale. Although she specializes in narrative games, JRPGs, indie games, games with cute monsters, and horror games, Nicola enjoys all kinds of games. She hopes to use her background as a writer to give her work at GameRant a unique flavor.