How player choices affect the protagonists of RDR2 and Mass Effect 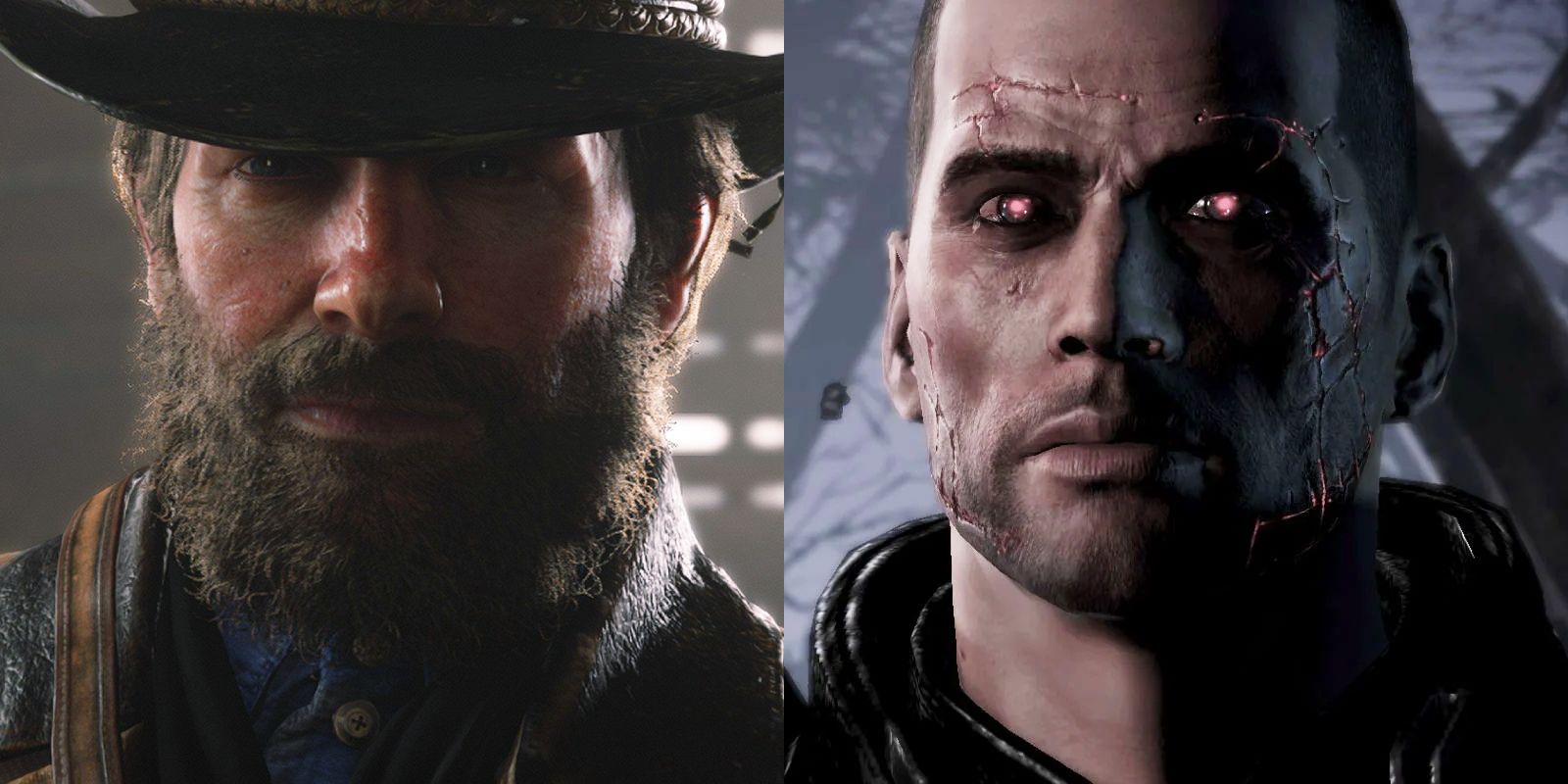 The protagonists of Mass Effect and Red Dead Redemption 2 both undergo visual changes based on player actions. Here are which choices have an impact.

Mass Effect and Red Dead Redemption 2 are two great examples of games that use player choice to give the feeling of more control over their characters. This is due, in large part, to the ways players are allowed to change the appearance of protagonists, in addition to the natural way these characters can be developed through player influence and agency.

As with many other genres of video games, RPG characters are becoming more and more customizable as technology improves and audiences expand. Character creation has also started to become a focal point in the marketing of certain games. Cyberpunk 2077, for example, focused heavily on the fact that its main character is largely customizable. Diablo 4 is embarking on more extensive character creation options in a series first, and smaller indie games such as Valley of stars have started to include similar options more regularly.

Related: Games Like Animal Crossing (But With More Personalization)

While it’s often possible to change your appearance once a game has already started, thanks to in-game locations or characters like the Face Sculptor in Skyrim or hairdressers at Fallout 4, it is not as common to see characters change naturally over the course of a game, due to weather or player decisions. It seems, however, that this feature is becoming just as common over time – The Witcher 3: Wild Hunt even allowed for a particular visual change (a tattoo) in the continuity between this one and its predecessor, depending on whether players who imported their previous saves had made certain choices. But with that of the witcher Gerald, Mass Effect and Red Dead Redemption 2 are two of the best-known examples of games with protagonists that visually reflect the player’s choice.

What player choices impact appearances in RDR2 and Mass Effect

In Mass EffectMuch of Shepard’s appearance has to do with their morality, which in turn is directly influenced by player decisions. This includes both big choices that change the story, and smaller things like dialogue options. After the rebuilding of Shepard at the start of Mass effect 2, they are told that the scars from the procedure will eventually fade as long as their state of mind remains calm. Therefore, Paragon players will notice that Shepard’s cybernetic scars are virtually impossible to notice by Mass effect 3. Renegade players, on the other hand, will see the scars getting worse. Luckily, there is a way to opt out of this experience in Normandy Medical Bay entirely, although it costs a significant amount of valuable resources to obtain. It seems clear that the intended experiment is to tie Shepard’s scars to their behavior.

The protagonist’s progress is slower in RDR2, but probably more dynamic too. In many ways, Arthur is meant to feel more like a real person than many of the game’s other protagonists, and he develops appropriately in a physical sense. In particular, the player’s actions have a direct impact on the degree of change. Arthur’s hair and facial hair grows in real time and can be groomed and shaped by visiting a hairdresser. He can get dirty and take a bath to clean himself. Its sleeves can be rolled up or tucked in. Eating or ignoring food can affect your weight. Red Dead Redemption 2 is a great model for what character development can look like in next-gen video games.

Next: RDR2: How Long Can Arthur’s Hair Actually Get

Ky Shinkle is a Senior Game Features Writer for Screen Rant, as well as an avid gamer and writer. His previous experience has been primarily that of a narrative designer for video games, although his writing has covered everything from screenplays and novels to stage scripts. A graduate of Savannah College of Art and Design, when not writing she works on digital media projects and other types of fiction writing. Ky currently works in Ohio and enjoys spending her spare time playing RPGs or running with her dog.