How to Get Pokemon Scarlet & Violet Starter Skins in Minecraft 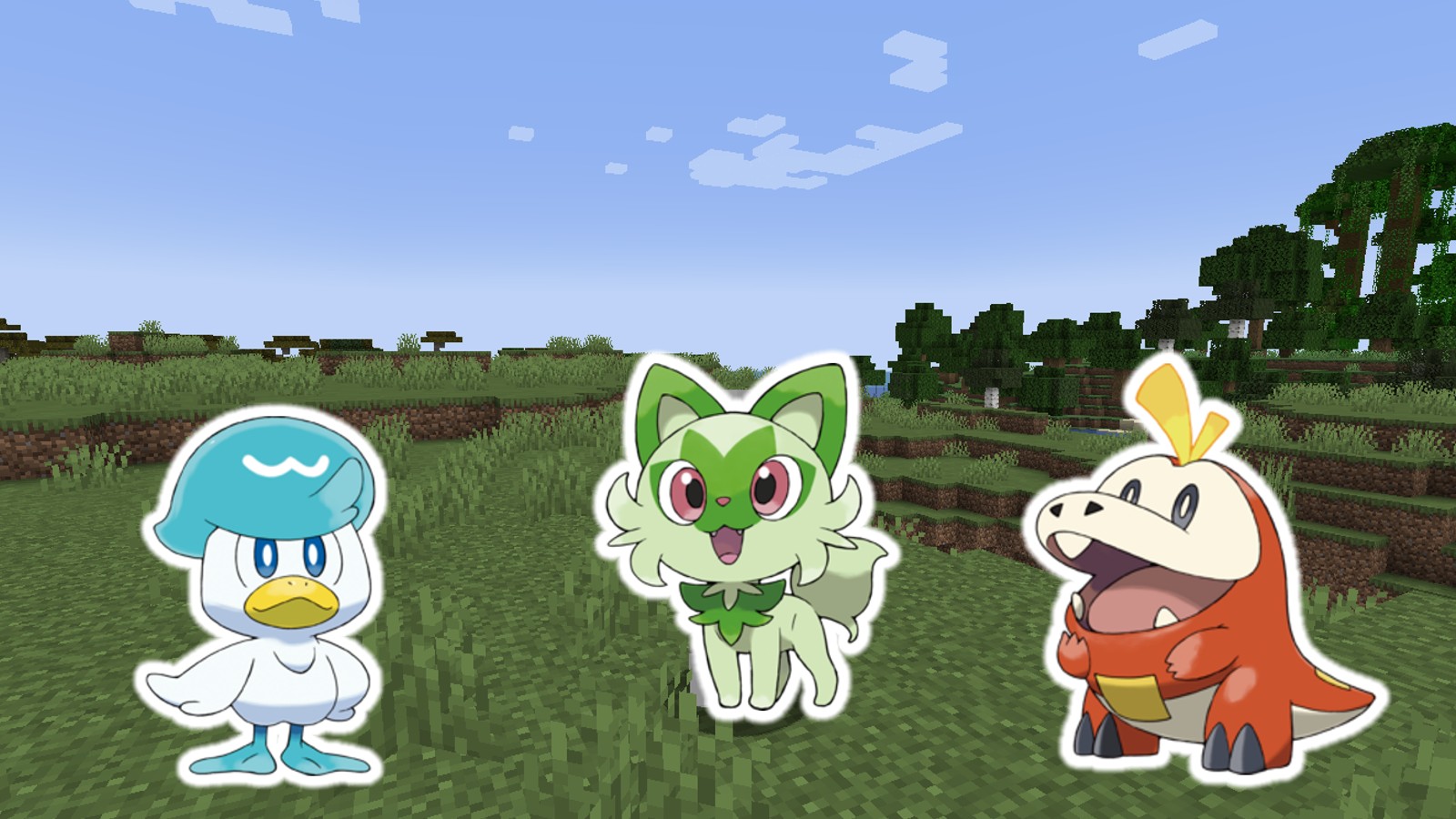 In anticipation of the upcoming release of Pokemon Scarlet & Violet, Minecraft modders are giving you a way to play as one of the new beginners.

The new Pokemon games will be released on November 18, 2022, but some fans are so impatient they can’t even wait that long to choose.

Fortunately, for Pokemon and Minecraft fans, modders have given you a choice if you want to dress up as one of the newbies.

PlanetMinecraft now has mods available that will allow Minecraft players to download skins for their character in the styles of each of the three starters.

While not quite the same as having a Fuecoco or Sprigatito walking next to Steve, the mod will allow you to cover yourself from head to toe like these cute creatures.

The mods don’t add any new features other than a simple skin change, but these creations are sure to be loved by Pokemon and Minecraft fans.

Minecraft players can dress Steve as one of three new starter Pokémon.

Of course, Minecraft and Pokemon are no strangers to crossovers. The Pixelmon mod pack is one of the most popular and beloved mods, turning Minecraft mobs into adorable Pokemon that can be caught or battled.

Minecraft players have built entire recreations of settings from the games in their worlds, and even giant statues of Pokémon to display.

It only makes sense that players would want to dress like their favorite Quaxly in the game.