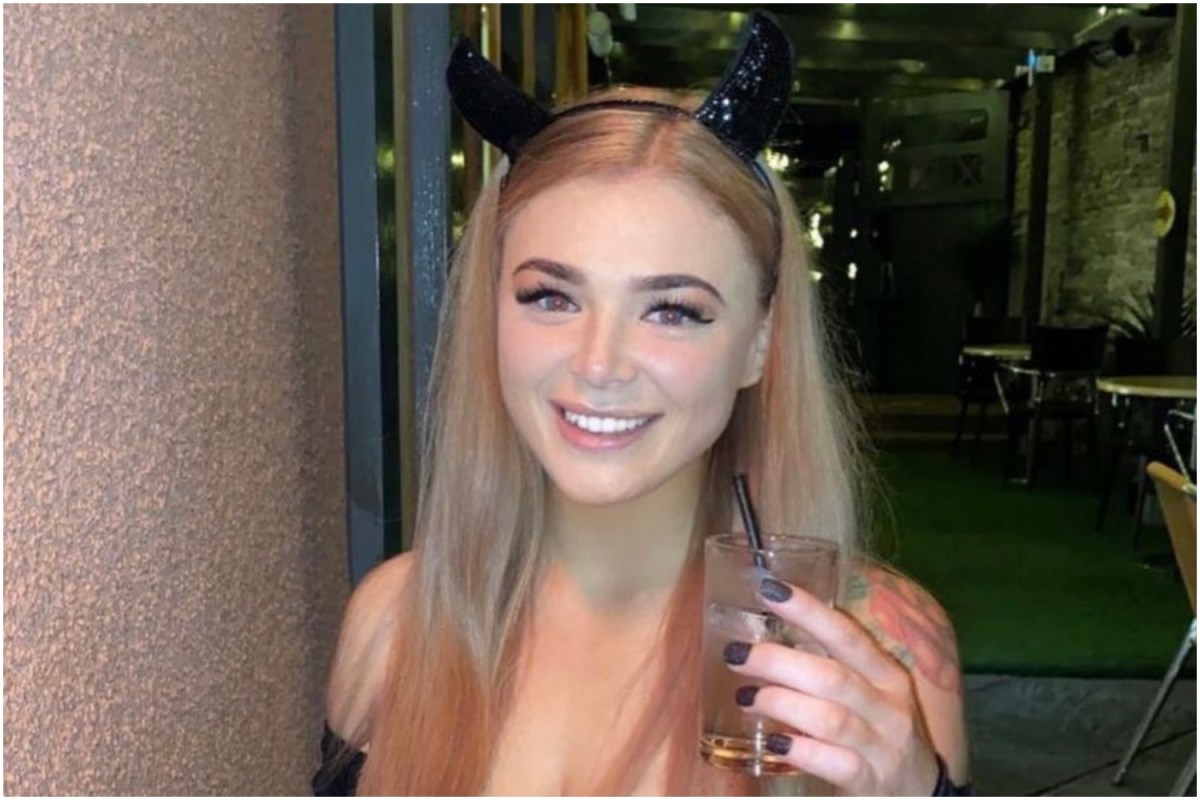 A SUCCESSFUL stripper and OnlyFans model has told how an overzealous punter was kicked out of the club after trying to fulfill his ‘Grand Theft Auto’ fantasies.

We chronicled last month how 24-year-old Kelsey Johnson bought a six-bedroom house and flashed BMWs after winning an army of admirers who pay big bucks for skimpy snaps.

But the adult entertainer, from Thurso, also dances at a strip club and reveals some men struggle to comply with strict ‘no touching’ policies.

Kelsey, who worked as a hotel cleaner and charity fundraiser before turning to sex work, said: ‘I had a client at the strip club the other day, a young boy and it was his first time.

“He kept trying to be very touchy but obviously wasn’t allowed and he got extremely pissed off and said – very seriously – ‘in Grand Theft Auto you’re allowed to touch the strippers!’

“I said ‘yes, and in Grand Theft Auto you also have the right to murder strippers.’

“It just goes to show that people think OnlyFans and the webcam and all of that is dangerous, but clearly video games are setting unrealistic expectations.”

Security was not amused by the patron’s antics and quickly removed him from the venue to avoid a scene.

But while there are sometimes unfortunate incidents, that won’t stop Kelsey from going back to the strip club,

“That being said, the money doesn’t just come to you, you have to be on the ball all night.

“There is money to be made, but you have to be active in it, you can’t just sit around all night and expect customers to hand over their money.

“You have to constantly take an interest in customers and approach them.

“It’s like sales, you’re trying to sell a dance like all the other girls there, so it’s competitive.

“A lot of clients just come in to pervert for free and go on a power trip trying to get girls who would never normally talk to them to hook up for money they have no intention of spending.

“Many have the ‘I’m a good guy, I respect women’ speech all prepared to explain why they won’t spend.

“However, they are not ‘good guys’, they are just there to exploit dancers for free.

“Overall, it’s a super fun, well-paying job if you put in the effort and are thick-skinned.”