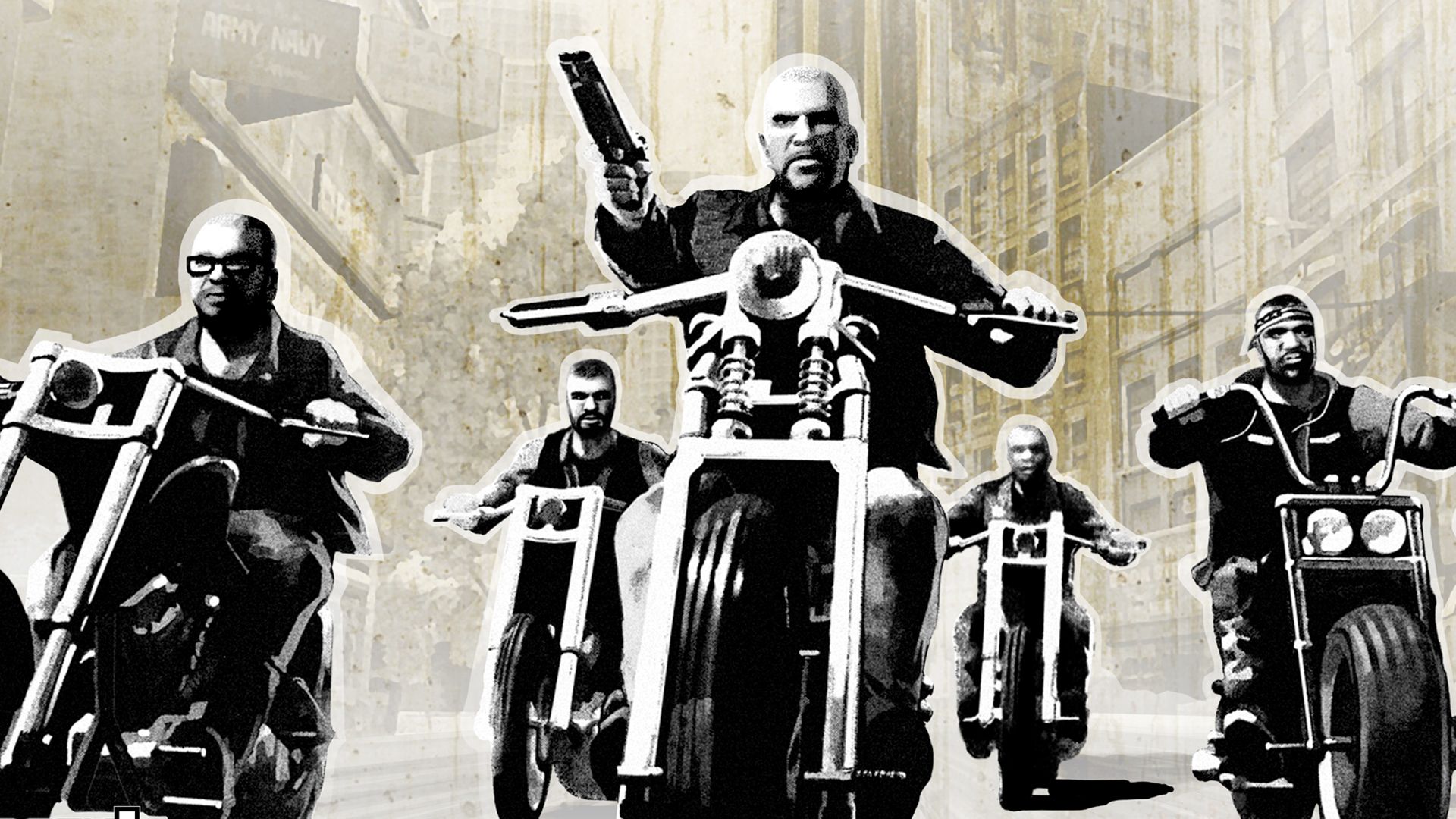 In 2009, Rockstar released two critically acclaimed expansions for Grand Theft Auto 4 and set a new standard for single-player DLC. In The Lost and Damned we starred as Johnny Klebitz, a biker trying to keep his fractured gang together in the midst of a bloody turf war on the streets of Alderney. In its sequel, The Ballad of Gay Tony, we took on the role of Luis Lopez, right-hand man of famous nightclub empresario Tony Prince. After spending hours in Liberty City as Niko Bellic, an Eastern European immigrant, these expansions were a chance to experience the city from a completely different perspective.

In The Lost and Damned, Johnny viewed the city in a way that reflected his daring lifestyle and pessimistic outlook on life. A visual filter added a layer of grain to the screen, as well as slight color desaturation. It made this expansion tangibly dark and dirty. In Gay Tony, which focused on the city’s bustling nightlife, the colors were richer and more vivid. Either way, the effect was subtle, but it’s remarkable how these minor mood swings transformed and recontextualized the city. Even after becoming intimately familiar with Liberty City as Niko, he suddenly felt brand new again.

Gay Tony’s ballad was also a response to criticism that the base game took itself too seriously. Compared to previous games in the series, GTA 4 was understated, gritty, and realistic, which extended to its heavy physics-based driving model. I loved it, and I hope the developer picks up this approach one day. But even I had to admit that TBOGT was way more fun, with outlandish missions involving James Bond-esque stunts and dramatic, explosive set pieces. There was a feeling that the GTA 4 team was using this expansion as a way to let off steam and let their imaginations run wild.

When combined, the two expansions add up to around 30 hours of gameplay. New missions, characters, cutscenes, radio stations, weapons, and vehicles have all been created to the same high standards as the main game. In many cases, especially when it came to Gay Tony’s mission design, they were even better. Rockstar knocked it out of the park with this DLC, and it was almost as if the developer had given us a whole new GTA game, albeit one split in two. GTA 4 had online multiplayer modes, but in these expansions Rockstar focused on creating a quality single-player experience.

Today, things couldn’t be more different. While untold masses of gamers have flocked to GTA Online since the launch of GTA 5 – reportedly spending tens of millions of dollars of real money in in-game currency – Rockstar has refocused updates post – launch of its games on multiplayer. Even Read Dead Redemption 2, a heavily narrative-driven game set in a world purpose-built to tell stories, has yet to receive any single-player DLC. It probably never will either. I understand that from a business perspective, of course. GTA Online is a money printing factory. But artistically, it’s really a shame.

It’s a shame because The Lost and Damned and The Ballad of Gay Tony were so good at breathing new life into GTA 4. Both expansions were well made, reasonably priced, and told gripping stories that further fleshed out the world and characters in the game. Imagine Rockstar today announced a 15-hour single-player expansion for Red Dead Redemption 2. People would go nuts. But the saddest thing is that it’s hard imagine that. It’s not the same Rockstar that was making games in 2009. Its philosophy has changed drastically, and those of us who value single-player above all have suffered.

As much as I enjoyed reuniting with Franklin Clinton and spending time with Dr. Dre in The Contract, GTA Online’s latest expansion, I couldn’t help but wish it was a single-player DLC. Some of the missions were fun, but noticeably crippled to operate within the confines of an online game. Sadly, I doubt we’ll ever see something like Rockstar’s The Ballad of Gay Tony again. In Grand Theft Auto 6, I have a feeling its multiplayer and other online features will be even more integrated into the story mode, if at all. at a traditional story mode at all. GTA Online changed everything. I wish that wasn’t the case.

Next: What’s next for Grand Theft Auto 5?

Andy Kelly is a Features Editor at TheGamer. He loves detective games, anything with a good story, weird indie stuff and Alien: Isolation.