Minecraft gets its own ice cream 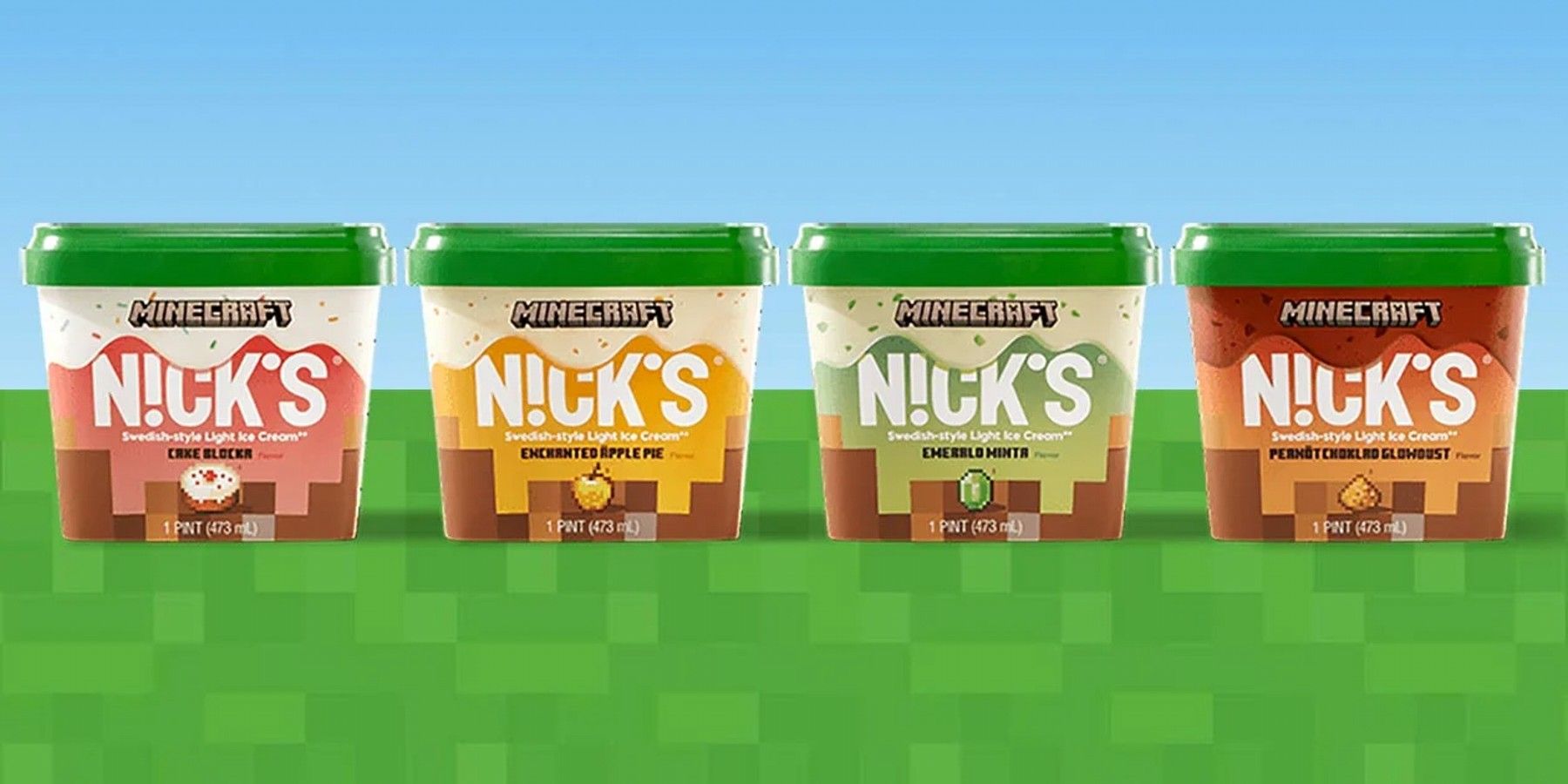 Minecraft introduces new ice cream themed around its in-game items and blocks, with a limited run of four flavors for players to try.

Minecraft has had quite a few collaborations with snack and food companies over its lifetime, and now it’s adding a new variety of ice cream to that list. It seems that the collaborations have been going well since Minecraft and its partners, and it is likely that it will not be the last Minecraft-inspired food coming to the fans.

Minecraft has a wide range of ages playing it, from the very young to the elderly, so a variety of brands and types of food based on the game makes sense. In this particular case, those trying to make healthier choices should find these ice creams perfectly suited.

Minecraft and snack brand N!CK’S are teaming up to create these new Minecraft ice cream flavors. There are four flavors in total, each based on an in-game game Minecraft item or food. The flavors are Enchanted Apple Pie, Cake Blocka, Peanot Choklad Glowdust, and Emerald Minta. Notably, they’re lower in calories and contain no added sugar, making them a keto-friendly diet choice with just 4-5 carbs per pint. In accordance with the Minecraft theme, the pints are packaged in square containers resembling Minecraft blocks instead of the company’s usual round pints.

Unfortunately for fans hoping to find them in stores, they’ll be out of luck. The Minecraft ice cream flavors are only available online, shipped to buyer’s doorstep. Each pint costs $9.99, although interested shoppers can get a bonus if they buy one of the Minecraft– themed flavor packs, which include a non-Minecraft flavor to purchase. However, the frozen nature of the products and the shipping-only option also means that fans won’t have to buy these products from used sellers who often charge for limited releases like these.

N!CK’S has only been around since 2017, but the company has been making waves with its products, becoming “America’s direct-to-consumer pint ice cream delivery brand since July 2021.” In addition, the N!CK’S Minecraft Ice Cream’s press release notes that both companies got their start in Sweden, which likely helped bring them together in this partnership.

MinecraftPrevious and existing food products from include things like Eggo Waffles and Minecraft Creeper cereal. Like many other popular games, partnerships are not uncommon and seem to be beneficial for both game companies and manufacturers. However, it’s a little rarer to see a healthy and safe option available, so those who can’t usually indulge in the snacks that are usually game-related have a new option here.