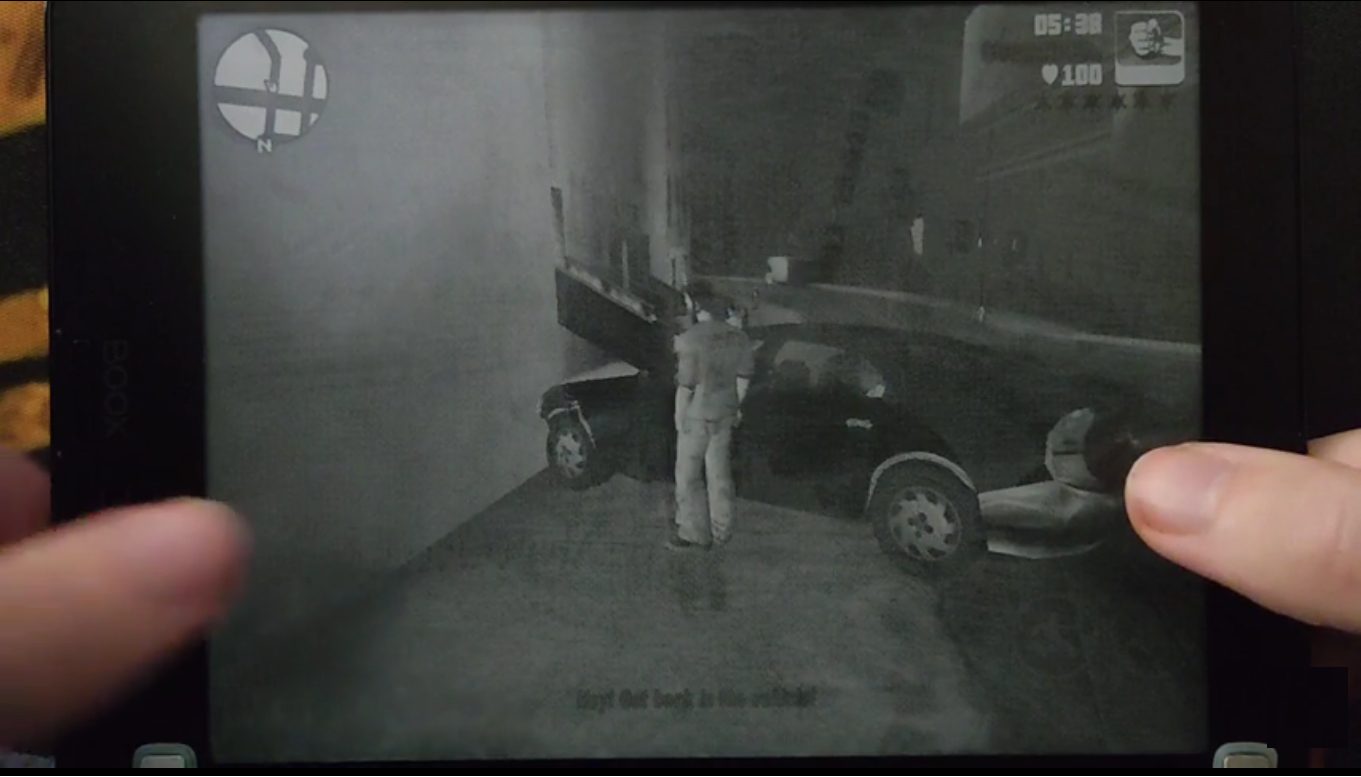 E-Reader devices are only meant for reading eBooks or maybe listening to audiobooks as well, right? Well, a Reddit user by the name of Achilleswing proved that wrong by successfully running Halo Infinite and Grand Theft Auto 3 on the Onyx Boox Nova 3 eReader. It’s not that the Boox Nova 3 is perfectly fine. suitable for running either game, but the very idea of ​​running the games on the device speaks of ingenuity of a high order.

The device in question comes with a 7.8-inch 1872 x 1404 pixel Carta E-ink display that supports 16-bit grayscale. On the other side of it is a 1.6GHz quad-core Cortex-A17 processor which is paired with 2GB LPDDR3 RAM and 32GB of native storage. The device runs on Android and also provides access to the Google Play Store. It is this last quality that allowed the installation of the .APK files of said games from the Play Store, but not before some adjustments to the on-board software.

Unfortunately, the excitement only lasts until the point of successfully doing something no one has ever done before. The Boox Nova 3 is never designed to play such games and it shows right from the start. The E-ink grayscale display makes things awkward, with the ghosting and stuttering effect coming into play.

Achilleswing also managed to run Star Wars: KOTOR on the device, but not without the flaws mentioned above. They came up with a solution which is to keep the contrast/gamma at the highest setting while reducing the graphics. They also recommended using a Bluetooth controller or a keyboard and mouse combo as an input device to overcome the shortcomings, but only to a limited extent.

All in all, the set makes for a nice attempt that may not be of much use in real life, but it’s still a lot of fun to take part in.

With a keen interest in technology, I make it a point to keep up to date with the latest developments in the world of technology and gadgets. This includes smartphones or tablets, but even extends to AI and self-driving automobiles, the latter being my latest fad. In addition to writing, I like watching videos, reading, listening to music or experimenting with different recipes. Cinema is another aspect that interests me a lot and maybe I will make a film in the future.