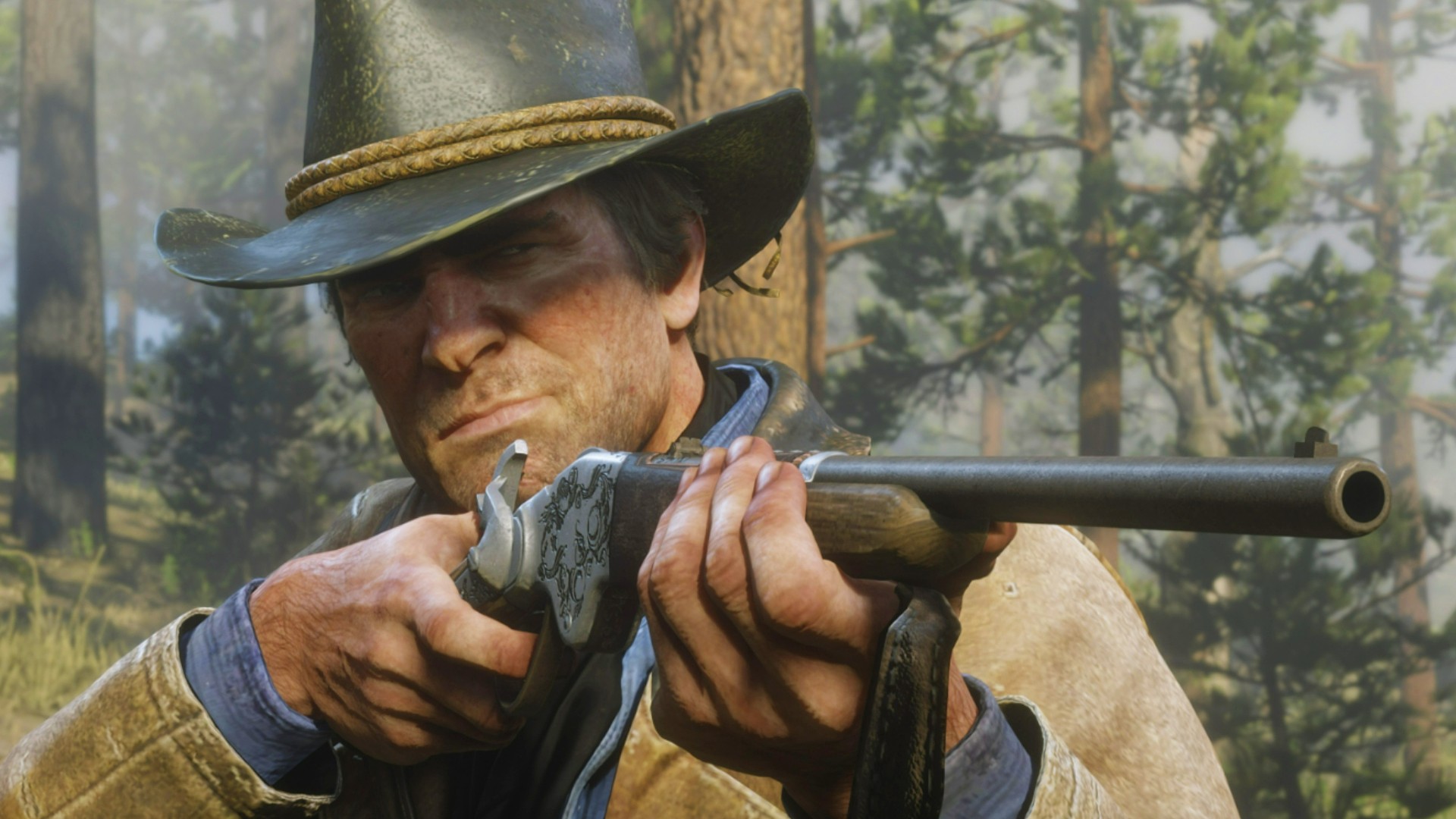 Hunting in Red Dead Redemption 2, especially when you’re looking for all the Legendary Animals, has always been a bit too easy. In New Hanover, for example, you can simply walk outside of camp, find a huge pack of white-tailed deer, and whip up a valuable meal, all in the space of about five minutes. Given RDR2’s attention to detail elsewhere, the hunting system always felt like it needed more substance.

Hunting Grounds, a new mod from Shtivi, transforms the hunts in Red Dead Redemption 2 by making them harder, more complex, and more brutal. Firstly, it adds realism by making animals of the same species of different weights and sizes – rather than identical herds of deer and buffalo all based on the same character model, with Hunting Grounds you have to seek out the best specimens, with the added bonus that animal packs no longer look so copy-pasted.

When you think you’ve found your target, you can observe it and Hunting Grounds will display a new element in the UI telling you its weight. Larger animals offer higher quality meat and hides, while smaller animals may be easier to kill, but less rewarding. There is also a whole new system connected to animal populations. If you spend too much time hunting one type of animal in an area, the population will decrease and you will have to leave it for a while to let the animal presence recover. The UI has also been updated to show you how common animals are in each location.

If you shoot and hurt an animal, you no longer need to use eagle eye mode to track it down. Instead, he’ll leave a trail of blood, which you can follow using your natural cunning in order to complete your kill. This makes the hunt much more bloody and real, as you rely on your senses rather than overlay to earn your money.

On the contrary, Hunting Grounds also features a new map marker to indicate where you’ve deployed your animal bait, which is otherwise easy to lose in the RDR2 base game. This option, however, can be turned off if you want the rawest experience possible. You can download Hunting Grounds right now from Nexus Mods.

You might want to try out some of the other top western games, if Red Dead Redemption 2 is your kind of thing. We’ve also got guides to the best GTA 5 mods, for the avid Rockstar fan, and an overview of other top open-world games, to satisfy the roaming hunter in you.