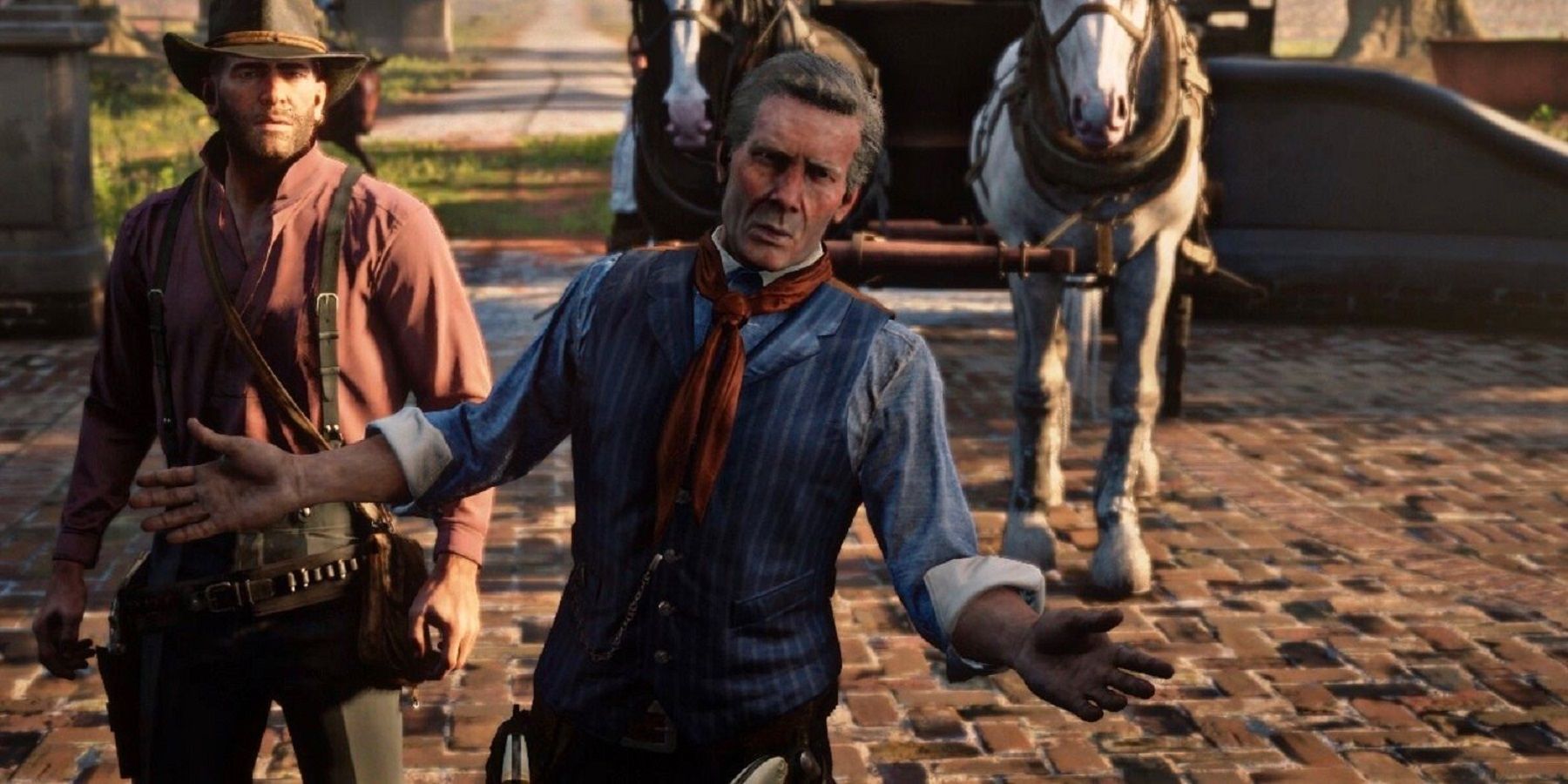 A clip shows a rare interaction between some hapless gang members in Red Dead Redemption 2 and reveals that they finally got what they wanted.

Red Dead Redemption 2The main campaign is a long and winding story told through over 60 hours of gameplay, and it’s filled with symbolism. Each chapter of the campaign sees the Van der Linde gang set up camp in a new part of Red Dead Redemption 2from the massive game world. Rockstar has included hundreds of subtle conversations and interactions between the various gang members in these camps to make them feel alive and vibrant.

Most players won’t see half of these easily missed character interactions in a single game of Red Dead Redemption 2. Playing a second time after completing the story, however, players may notice that some of these camp interactions foreshadow events that have yet to take place in the game.

One of these subtle interactions between the camps is going viral among Red Dead Redemption fans on TikTok, thanks to a post made by rdr.outlaw. The clip shows a conversation players can overhear at camp between fan-favorite characters Hosea and Lenny, in which they discuss what they would like to happen to them after they die. Hosea mentions that all he would like is to be buried alongside friends, and Lenny then agrees, saying, “I don’t think it matters more than that.” This interaction foreshadows the fact that Lenny and Hosea’s tombstones will end up next to each other later in the game.

If the player character Arthur is nearby during this conversation, then Hosea will call him and ask how he would like to be buried. Arthur will first pretend not to care about that sort of thing, but then give a surprisingly poignant answer about wishing he was facing west, so he could see the sunset and “remember all the good times we had that way.” This character moment is indicative of Arthur Morgan’s cold outer personality but soulful inner thoughts.

The west symbolizes the glory days of the Van der Linde gang, and Arthur sees both of those things receding as the game’s story progresses. Red Dead Redemption 2The different endings depend on the player’s honor level, and the ending unlocked with highest honor has Arthur looking at a sunrise, rather than a sunset, which many fans have taken as a symbol of his redemption and how he had changed for the better.

When an important character of RDR2is killed, a tombstone for them can often be somewhere in the game world, but fortunately not all Red Dead Redemption 2The Van der Linde gang shares this fate.

Rick and Morty is getting a full animated series