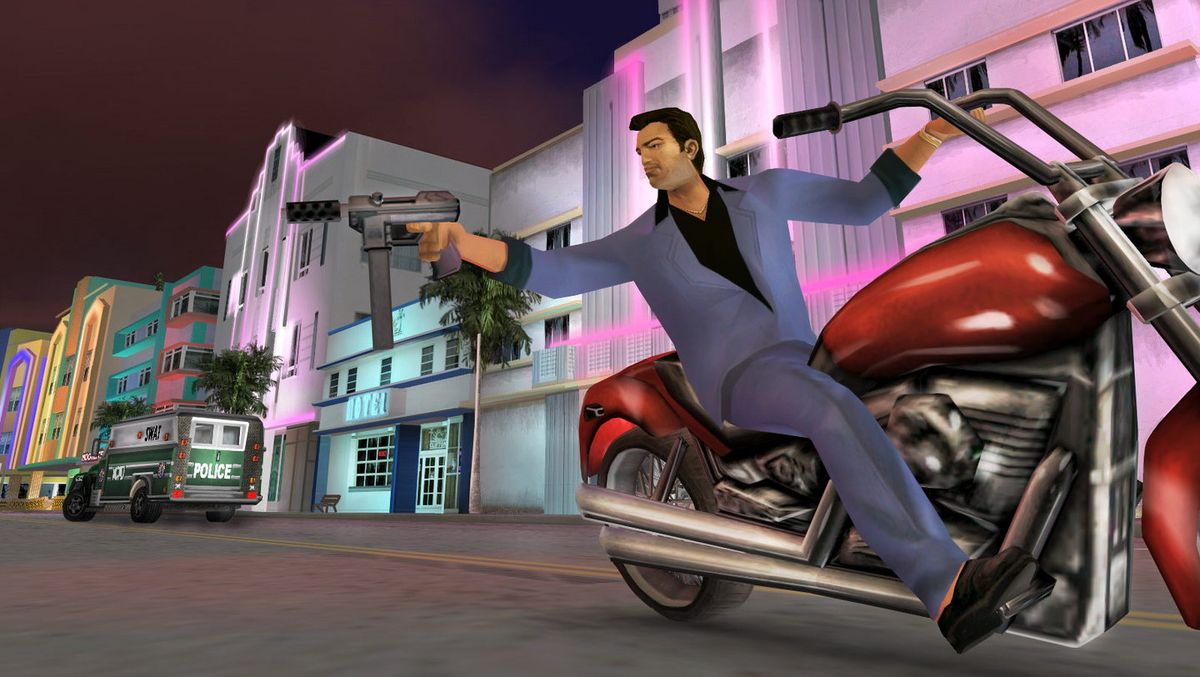 It’s already pretty well established that a remastered Grand Theft Auto trilogy is on the way. Publisher Take-Two Interactive said in August that it was working on three “iterations of previously released titles” that have yet to be officially announced, and last week, the South Korea Games Rating Board blurted out the classification of something called Grand Theft Auto The Trilogy – The Definitive Edition.

Rockstar has been firmly silent about all of this, as it is, but today even more evidence of an impending trilogy release has surfaced in the form of a Rockstar Launcher update. RockstarIntel’s @videotech_ found references to Grand Theft Auto 3, Vice City and San Andreas, the games that will be included in the trilogy, in the update. A core dump of the launcher.exe file posted to GTAForums confirmed the discovery.

Data pulled from the update also shows that previous reports of updates remastered with Unreal Engine are correct: titles found in the code include Grand Theft Auto III – Unreal, Grand Theft Auto: Vice City – Unreal and Grand Theft Auto: San Andreas – Unreal. If you want to see the text strings for yourself, you can extract them using any hex editor.

It’s still unofficial, but I think it’s about as close as we’re going to make it until it actually happens – and the fact that this Rockstar Launcher update contains Specific references to remastered games makes me think it might happen soon. I reached out to Rockstar for comment and will update if I receive a response.