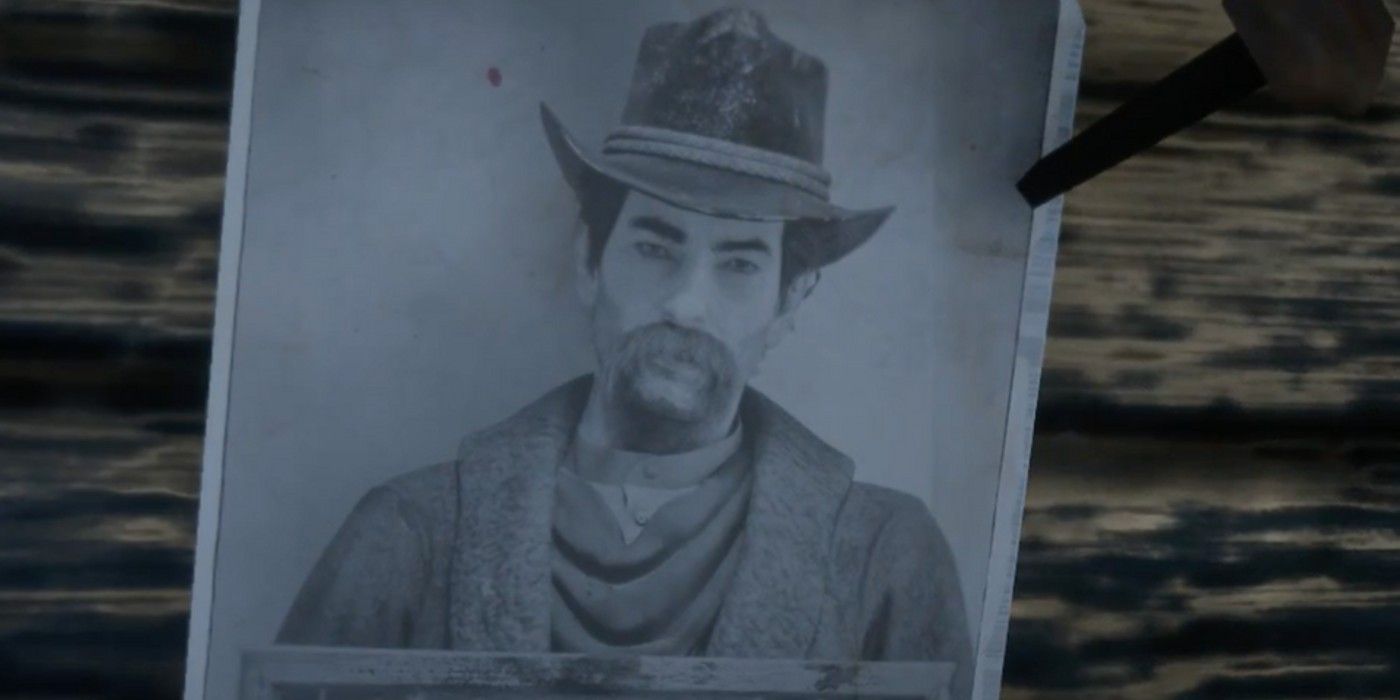 Arthur Morgan of Red Dead Redemption 2 doesn’t talk much about his past, but he probably has a hidden connection to his family throughout the game. For the most part, Arthur is a rather stoic figure, a rational mind in the wild world of an outlaw . His true emotions are mostly shown in his actions, though he also hides a few additional sentimental traits throughout the story of RDR2.

Most of Arthur Morgan’s life was spent with Dutch and Hosea, being an early member of the Van Der Linde gang. He joined them when he was 14, and the two effectively became his father figures after Arthur’s parents died long before. RDR2. In fact, in Arthur’s journal, he bluntly states that he regards Hosea in a similar way to a father, seeing him as a wise, elderly figure to be relied upon. With Arthur spending so much time with Dutch and Hosea, one would think Arthur has forgotten his original father. However, a discovery documented by Reddit user itsisdd69 revealed that Arthur had been carrying a memory of the man all along.

Arthur’s signature hat in RDR2 comes from his father

Arthur keeps a photo of his father, Lyle Morgan, with the rest of his belongings, and the photo shows something quite familiar. In the mugshot, Lyle wears Arthur’s signature black hat that suits even the best outfits of RDR2. This implies that the hat was inherited from his father, especially since Lyle was executed when Arthur was only 11 years old. With his mother already long dead by then, it’s likely the hat was the only thing left of Arthur’s life before he met Dutch and Hosea.

While it would be a memento from his former life, it’s a bit of a mystery as to why Arthur would keep his father’s hat on for so many years. Arthur’s memories of his father are few and mostly negative. Even remembering Lyle’s death, Arthur notes that Lyle should have died sooner and shows that he doesn’t have good feelings towards his old father. With that in mind, it’s no surprise that he’s adjusted so well to life with Dutch and Hosea. Even if the Dutch finally fell into evil in RDR2, he and Hosea treated Arthur decently, unlike his father. When we remember that Arthur still speaks well of his mother when he barely remembers her, it dooms Lyle even more.

Despite Arthur’s poor relationship with his father, there are a few good reasons why he would keep his hat on. The simplest explanation is that it was one of his only possessions after his father died, so he kept it. As to why he never got a new one, he may have come to like this particular hat. It could also be that Arthur likes the style of the hat. After all, of all the hats available to all RDR2Arthur’s realistic western outfits, none fit Arthur quite as well as his default black hat. One thing to note is that Arthur wore his signature hat for over 30 years, so he definitely has a fondness for it. Additionally, the Trapper’s accessories are all designed for Arthur’s hat, emphasizing its importance. Although Arthur never had a good relationship with his father in Red Dead Redemption 2there’s no denying that he loved that hat.

Next: RDR2’s Time Traveler Could Be The Key To Setting Red Dead Redemption 3