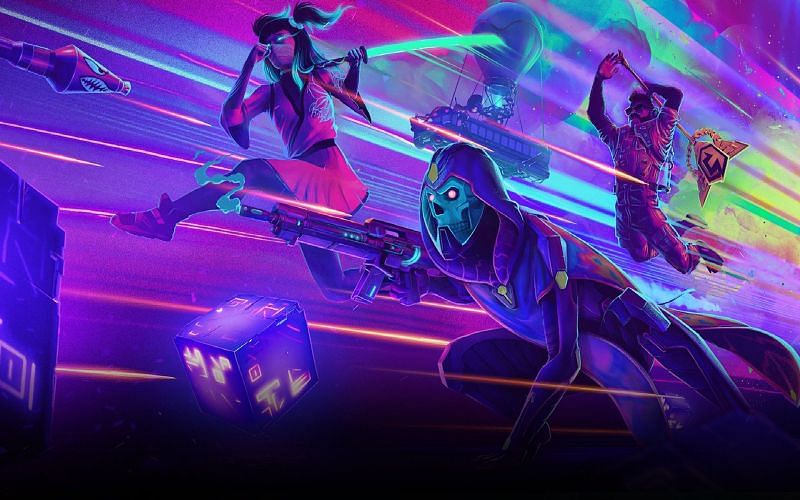 Fortnite update v18.10 is complete and the servers are back up and running. While the island didn’t change much during the downtime, a new cube was created and emerged from the bowels of Steamy Stacks.

In addition to a new cube being created, Epic Games has kept their word and fixed the XP system for the season. Players should gain a lot more experience points than before.

As predicted in the War Effort trailer, Steamy Stacks was destroyed in the most unexpected way following the Fortnite v18.10 update. According to an official Epic blog post, a brand new purple cube came out of the location and left a gaping hole in the ground.

At approximately 11:00 a.m. Eastern Time on September 28, the Queen Cube is expected to pass through the region. He will more than likely initiate the awakening process with the new purple cube, appearing in more small cubes on the island.

Kevin the Cube reinvented as a skin is by far one of the best things that has happened to the Fortnite community. Based on the leaks, the skin will also have several dedicated styles and cosmetic items.

At first glance, it appears to be a bundle set and will contain a harvesting tool, wrapper, and a floating island for rear bling. The set should go live soon, possibly during the next Item Shop rotation.

Here are some images of the skin in the game:

The XP Impostors LTM is still nerfed, but there should be an XP / Challenges buff (like they said) when we get the leaks!

The XP Impostors LTM is still nerfed, but there should be an XP / Challenges buff (like they said) when we get the leaks!

Epic kept their promise and made a few changes to the XP system, allowing players to level up faster:

Unfortunately, it looks like the XP gained from Impostor Mode is always halved / halved. At first glance, the developers are not going to reverse these changes.

The Spicy Splashes are sold for 70 gold by NPC The Brat above Lazy Lake!

Cube Shards from the Cube Assassin Boss NPC now cost 1 gold instead of 150!

The Spicy Splashes are sold for 70 gold by NPC The Brat above Lazy Lake!

Cube Shards from the Cube Assassin Boss NPC now cost 1 gold instead of 150!

Following the Fortnite v18.10 update, the highly anticipated Chili Chug Splashes are finally in the game, alongside the original Chug Splashes from the “OG” days. However, unlike the “OG” chugs, the new ones also offer a speed boost in addition to restoring HP and shields.

Loopers can buy them for 70 Gold Bars each from The Brat NPC located at the Fork Knife Food Truck north of Lazy Lake. Six Chili Chug Splashs can be carried in a stack.