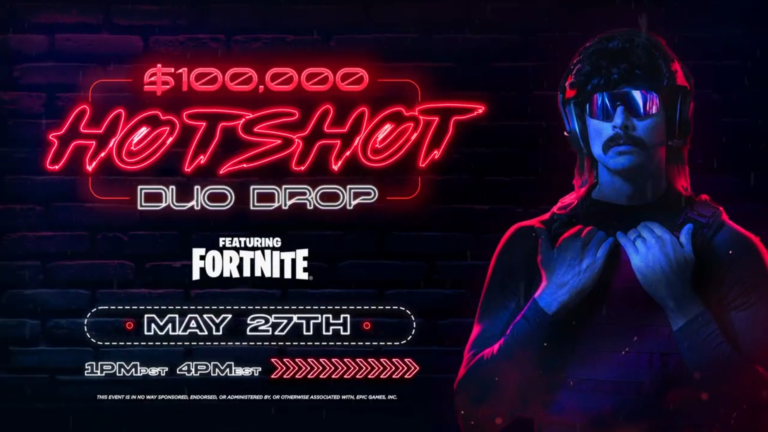 The first of Dr Disrespect Fortnite The Zero Build tournament was full of ups and downs. Prominent content creators have formed duos and participated in the $100,000 Hot Shot Tournament twice. While there were several big names in the roster, Tfue and Zemie hit the jackpot last night, beating Typical Gamer and Ranger in the final.

The streamer-exclusive tournament featured popular content creators such as Ninja, CourageJD, and event host Dr Disrespect. Winners received $40,000, while runners-up took home $25,000. Two teams would face each other in each match, and the team that got the most kills from their combined members moved on to the next stage.

The tournament had Zero Build mode, the current theme of Fortnite Chapter three, season two. As a result, participants used other objects and took natural cover to win aiming duels with their opponents. Some players used objects like balloons to their advantage and got off-kilter angles to catch players spinning the map.