The best unicorns in games 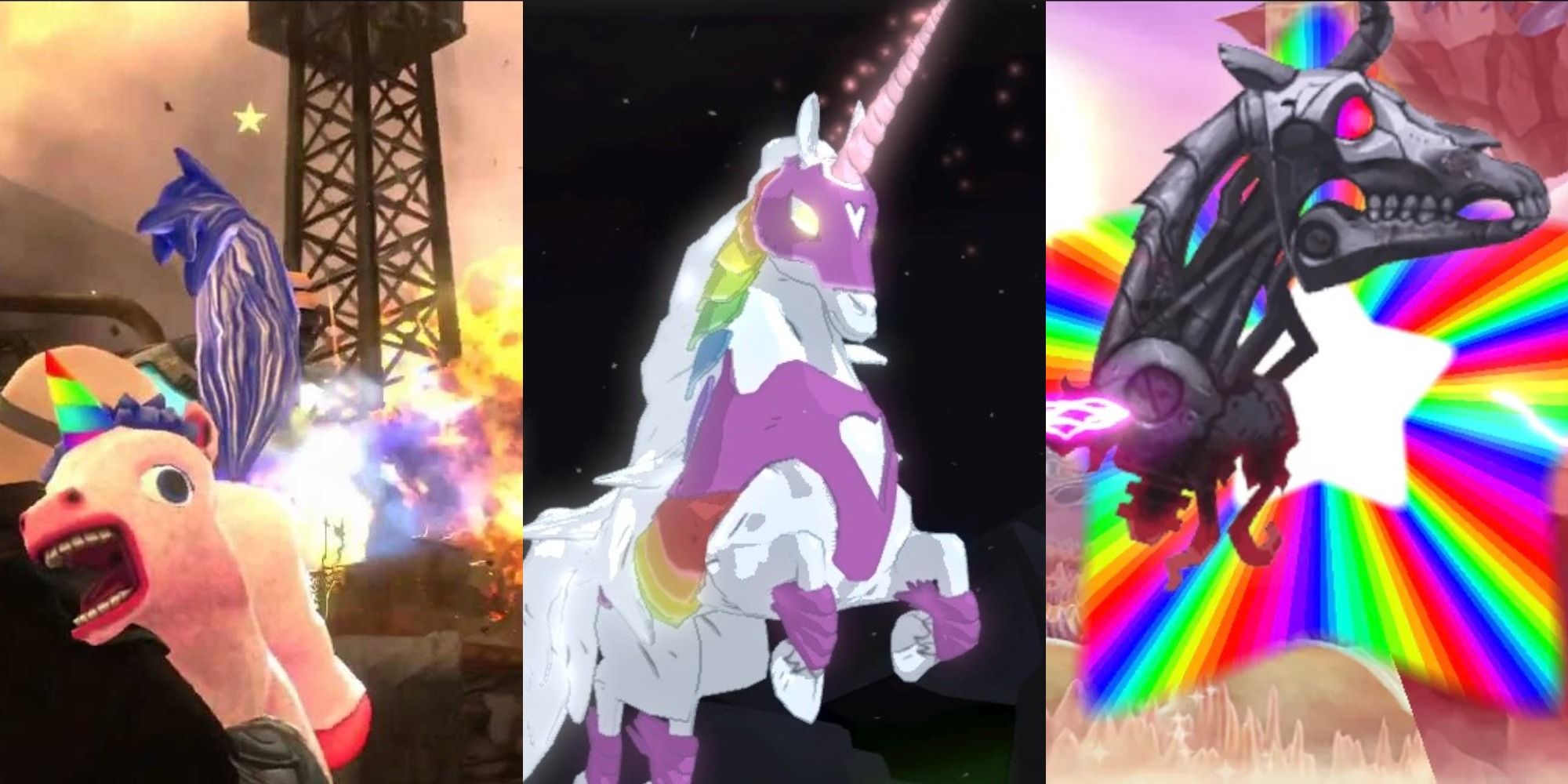 Although it is simply a horse with a horn on its head, the unicorn is one of the most beloved mythical creatures of all time. A symbol of purity and life, the unicorn has been seen in everything from books to movies, even going so far as to be Scotland’s national animal.

Included in this scope are video games where unicorns have made a wide variety of appearances. And while many people may think that unicorns are only contained in games about horses or specifically designed for young children, you are seriously mistaken. Let’s take a look at some of the best unicorns video games have to offer.

Peggle is a fun puzzle game where you shoot a ball at pegs, trying to hit all the orang pegs to pass a level. It’s a lot of fun, but the best part are the different characters, called Peggle Masters, who help you out with special powers and adorable animations. There’s Gnorman the robotic gnome, Jimmy Lightning the skater gopher, and Bjorn the unicorn.

RELATED: Beast Breaker: A Peggle-like RPG I Can’t Put Down

Bjorn is the very first Peggle Master you unlock in every game, and he’s lovely. Although he’s usually thought of as just a unicorn, he’s also not afraid to dress up in a robe and sit in a bookcase. His magic power allows the player to have a super guide so he can see every place his ball is going to go. He’s the perfect character to start in Peggle and the perfect unicorn to start this list.

The most popular fantasy franchise in modern video games is the Elder Scrolls series. While Skyrim is the most popular with its increased accessibility and large number of dragons, The Elder Scrolls IV: Oblivion still has a lot going for its sequel with amazing voice acting, brighter colors, and even a rideable unicorn.

The unicorn can be found in Harcane’s grove and is guarded by three minotaurs. If they are defeated and you approach the unicorn without a weapon drawn, you will be able to mount it. It pretty much acts like a horse, but you’re still riding a unicorn, horn and all.

However, if you’re feeling brave and especially naughty, you can also try killing the unicorn. While this will eventually get you some of the best light armor in the game, you’ll have to live with the fact that you just killed a unicorn. The choice is yours.

Costume Quest is an adorable RPG from Double Fine where you play as a young child trying to save his twin on Halloween. Since it takes place on Halloween, each party member wears a costume and transforms into a giant version of that costume for the fight. One of the coolest costumes is the unicorn costume.

Not only does the kid wearing the unicorn jumpsuit look adorable, but she’s an imposing force in battle thanks to her My Pretty Panacea special move that fully revives a fallen party member to full health.

In Animal Crossing, there always seems to be a debate about who is the best villager. Is it Ankha the Egyptian cat? Sew the worn teddy bear? Rodney the naughty hamster that everyone seems to hate? It’s probably not Rodney, but a definite argument can be made for Julian the unicorn.

Although Julian may seem quite rude, he is actually a great lover with a penchant for the ethereal. If you enter his house in New Horizons, it will be filled with Greek sculptures in a cloud-filled room that looks absolutely amazing. That alone makes Julian a worthy addition to any village you start.

Pokemon has some great choices when it comes to unicorn-based pocket monsters. There’s Keldeo, which can be a destructive force in both forms, and then there’s Galarian Ponyta and Galarian Rapidash which look like their manes pulled straight from a tube of toothpaste. But when it comes to the best, you have to go with the original.

The original Rapidash might not be the biggest competitive Pokémon, but it instantly became popular as a unicorn with fire for its mane and tail. Not only did it look awesome in the anime when it literally evolved while Ash was riding it, but it left its mark in Pokemon Legends Arceus by being one of the first Alpha Pokemon you see. And that’s legitimately scary – it just shows you that if you want to make something cooler instantly, just add fire to it. It works every time.

Red Faction: Armageddon is the latest game in the Red Faction franchise and has made the odd decision to transition from an open-world shooter to a more linear third-person shooter. While this confused fans of the show, one thing everyone agreed on was that the weapons were awesome. And no weapon stood out quite like Mr. Toots.

Mr. Toots is a unicorn that will shoot a rainbow laser beam out of his bum when squeezed. It’s deliciously destructive and turns enemies into an explosion of rainbows and butterflies. The only downside to this weapon is that it seems like Mr. Toots doesn’t like being squeezed so hard that his butt can be used as a weapon, thanks to his anguished stare every time you shoot him.

Butt Stallion comes from the Borderlands series and is a memorable addition to a game filled with a lot of weird and memorable things. Originally purchased and owned by Handsome Jack, Butt Stallion is a diamond pony with not just one, but two horns on his head.

RELATED: The Funniest FPS Games Ever Made

But the best use of Butt Stallion is as a way to get rare weapons. Simply feed her five Eridium and she’ll excrete loot, including gem weapons and, if you’re carrying the Mysterious Amulet, the Unicornsplosion Shotgun. Butt Stallion is a majestic beast and is easily one of the most memorable video game unicorns of all time.

Red Dead Redemption and its sequel are open-world games heavily based on realism. But that’s what made the Undead Nightmare DLC so fun; not only were there zombies everywhere, but other mythical creatures as well. You can tame the four horses of the apocalypse and even fight the Chupacabra. And if you do all of these things, you can also tame a unicorn.

Although you can also ride a unicorn in Oblivion, it feels much more special. When he is motionless, butterflies fly around him. As you ride him, a trail of rainbows will follow behind, which is especially cool since he has unlimited stamina. The unicorn is easily one of the best horses in Red Dead Redemption, and it’s definitely the best unicorn in video games you can ride.

Every game on this list has made a unicorn special, whether as a character, mount, or weapon. But none of that really makes you feel like a unicorn. This is where Robot Unicorn Attack comes in. Endless runner (galloper?), Robot Unicorn Attack is a game in which you play as a robot unicorn jumping through a starry sky full of rainbows, butterflies and even dolphins.

It’s literally like a poster of Lisa Frank coming to life, until you hit something and the unicorn explodes with its head landing on the ground. This game had a huge cultural impact when it was released as a free flash game on the Adult Swim website, mainly due to its simple gameplay, striking visuals, and amazing soundtrack: Always by Erasure. It inspired many sequels and spinoffs and if you can still find a version of it on the internet, you have to give it a try.

NEXT: The Best Animals In Fighting Games