This is how Coquitlam students learn math with Minecraft 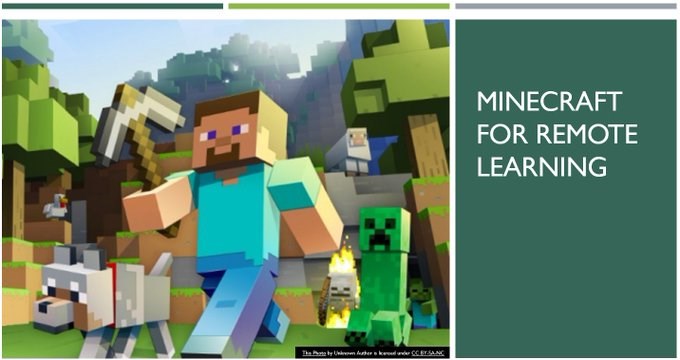 Students learn math and science theories using the online building game Minecraft, and teachers find kids get engaged because the video game platform is already the one they know and love.

Can a popular video game be used to teach subjects that children are often reluctant to tackle, such as math?

School District 43 (SD43) thinks so, and so far teaching experiences with Minecraft are paying off.

This week, Coquitlam-area school counselors learned how Minecraft, a video game in which children manipulate blocks to create creative 3D worlds, makes math and science fun for thousands of students in grades 5 through the 8th grade.

Parents often find it difficult to keep their children away from video games as they can be all-consuming and young people fight against monsters and with each other to build their world.

This is not the case with SD43, which strictly controls who students work with and how data is stored.

As it promotes STEAM learning in schools, SD43 uses an educational version of the game where students can safely collaborate on projects with others in their class.

In this version, there are no monsters or players to attack, kill or steal their hard earned (or purchased) virtual goods, or destroy the buildings they worked hard to build.

Instructors allow children to manipulate blocks to build complex shapes, solve math problems, and solve real-world problems, such as climate change and how to live safely on Mars.

In one project, the students built their imaginary house, which involved them in â€œrich math tasks,â€ Heinrichs said, such as estimation, scale, area and perimeter, and graphing.

Minecraft was also used for a science project: students designed dwellings that could withstand extreme environment, such as the deep ocean or outer space.

Some students built floating stations on Minecraft that could rise and fall depending on the water level, while others built dwellings for humans on Mars with water harvesting mechanisms and food systems. .

Students also learned about radiation and what is necessary for human existence on a planet without an Earth-like atmosphere.

Over 40 school teams have created entries for the Mission 43 Build a Better World contest, hosted by Minecraft.

â€œWe are looking forward to the results,â€ commented Heinrichs.

To promote collaboration, the district created a website that was accessible to students at home or in the classroom and so teachers could use prepared lesson plans or create their own. The students were also invited to weekly sessions where they could learn how to use Minecraft and work on their projects.

One advantage, the educators said, is the number of students who use the educational edition of Minecraft already know how to use the “redstone” (the equivalent of electricity) and block system in Minecraft because they play the game at home.

This knowledge should give them a head start in some form of project-based learning, as some students find they are learning more than just the basics of building in Minecraft.

James Gill told administrators that Minecraft could also teach social and emotional learning, as students need to get along and work together to create their projects.

It has been used to get students who normally have difficulties with communication and social skills to collaborate and in the end some students have seen progress, he said.

â€œThey were asking others to join in the build, and others were sharing how they felt,â€ said Gill.

â€œMinecraft for social skills will probably be underway. “

Dave Sands, who leads the district’s tech support team, told administrators that Minecraft gives students the freedom to create, sparking their imaginations and inspiring them to critical and high-level thinking.

You can join us on Teams using the code el38lhl pic.twitter.com/IEZcvDuo6J

He called the introduction of Minecraft a â€œthoughtfulâ€ use of technological tools to help students. “

It was also used by high school students in technology electives to learn coding and how to make objects that can be produced using 3D printers.

Minecraft is one of several projects the district is employing to advance its STEAM (science, technology, engineering, arts, and math) subjects in the curriculum.

â€œI love how we can turn a tool that kids originally used to play – like a distraction, a game – into an educational tool,â€ said Michael Thomas, administrator of Port Coquitlam.