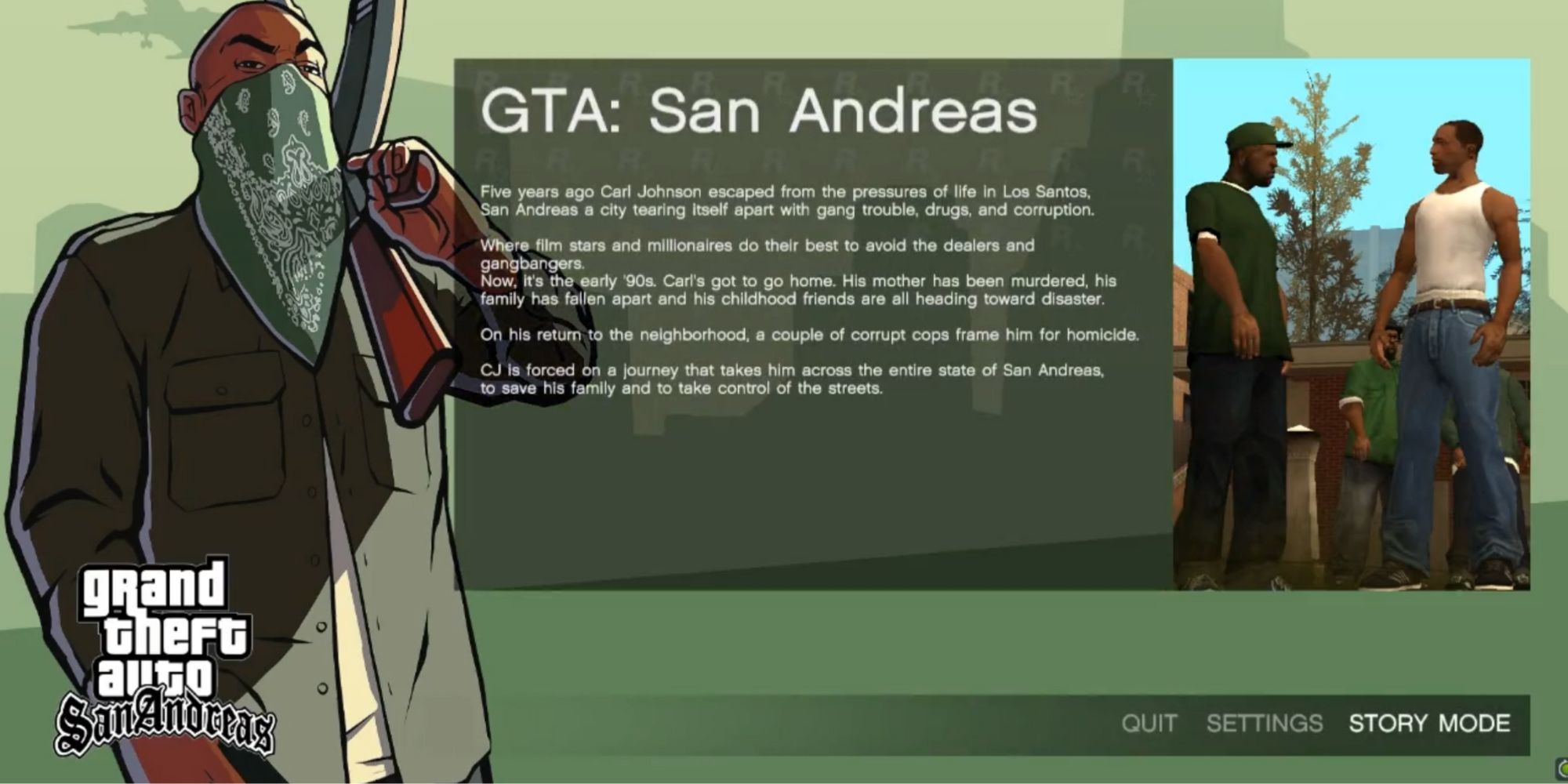 This mod for San Andreas adds the GTA 5 menu and UI.

Who else feels like they’ve stared at GTA 5 loading screens for hours over the past decade? Well, that’s because we’ve got thanks to the various builds Rockstar has released over the years, but if you think you could do with a little more of GTA 5’s distinct UI in your life, the modder gennariarmando has you covered.

Related: Hideo Kojima’s Take On The Boys Would Have Been Incredible

The mod was published by gennariarmando on GitHub and is called V-Hud. It is described as an “ongoing UI overhaul, for Grand Theft Auto: San Andreas, based on Grand Theft Auto 5. The project was made to accurately replicate most of the UI elements present in GTA 5″.

Twitter user TheNathanNS was the first to showcase the modrevealing how effective it is at making San Andreas menus look like GTA 5. The video shows the game starting for the first time, where the first change is shown, as the main loading screen now has a brief synopsis of the game alongside character art, mimicking how GTA 5 displays GTA Online information when loading into the main game.

The next part of the video shows the settings menu, which is now pretty much pulled straight from GTA 5, with the exact same noises and everything. It’s hard to imagine San Andreas without the loud “WOMP” noises as you scroll through the main menu, but here it is.

Finally, actual gameplay footage from San Andreas is shown, but this time the GTA 5 map is in the lower left corner. The player then pauses the sequence to reveal the same GTA 5 pause menu with the same map layout. It’s unclear if it’s been edited for any changes between San Andreas and GTA 5, but the little touches like Carl’s face in the top right are appreciated. Perhaps the best change is in the form of a weapon wheel, which is shown right at the end of the sequence.