Top 5 Great GTA Games That Are Not A Main Title 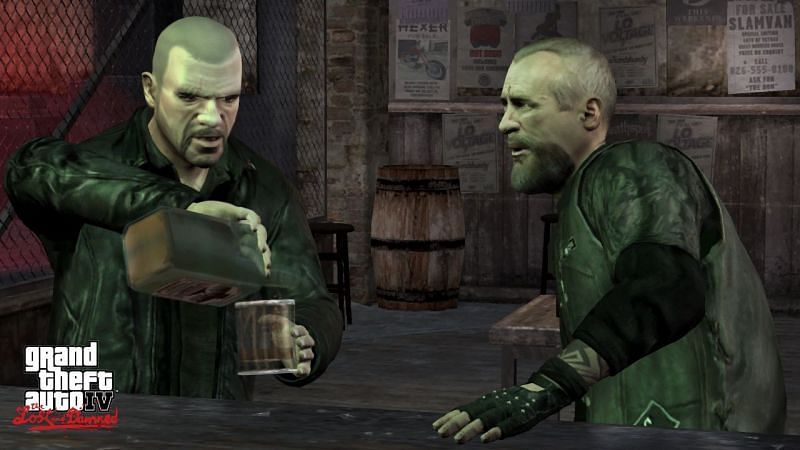 The GTA series is one of the biggest and most successful video game series ever, including some of the non-core games.

Grand Theft Auto is an iconic video game series that spans 16 games. For all intents and purposes, the following count as main GTA games:

All other GTA games can be considered a secondary title. As for what constitutes the best non-primary titles, it’s pretty straightforward.

As a rule of thumb, the overall quality of the game is the most important aspect, as not all GTA games are created the same in this regard.

Liberty City Stories is a great example of a good secondary title, but one that lags significantly in terms of quality compared to the main games. The story and characters are good, but the cutscenes are largely rigid and lack animation.

It’s still a good game from start to finish, but it’s obviously one of GTA’s weaker side titles. It’s better than the 2D and GTA Advance side games by a notable margin, but it lacks the polish of the last entries.

You could say it’s better than GTA 3, but GTA 3 is often considered one of the weaker main games.

At its core, The Lost and Damned is still GTA 4, and GTA 4 is a wonderful game. It might not be as good as the original game (largely because it’s a lot shorter), but it still has its own twists and turns that are worth it.

Here, players can see Johnny Klebtiz living the biker lifestyle. Its downfall in GTA 5, while tragic, makes perfect sense for those who have played the game.

The story and the end of the game are rocky, but exciting in themselves.

It has new features related to the biker lifestyle which makes this game quite unique. Therefore, players will not feel like this is a lazy rehash of this game.

Some GTA fans would consider The Ballad of Gay Tony to be the best GTA 4 expansion pack. It’s a throwback to the GTA San Andreas shenanigans, which makes the game more fun than the generally serious GTA 4 titles.

Of course, The Ballad of Gay Tony still shares its engine with GTA 4. It’s a great engine and world that many GTA fans love, although it also suffers from the same issue as The Lost and Damned: it is noticeably shorter than GTA 4.

It’s a much more glamorous life than what GTA players have seen in previous games, which is part of why The Ballad of Gay Tony is loved.

An HD universe GTA game reminiscent of 2D games doesn’t seem like an amazing concept. However, Chinatown Wars was a great game which is sadly tarnished by its terrible sales.

That being said, the gameplay was solid. It was completely different from the usual games that fans knew, but many reviews were still praising it at the time. The writing is smart, and the fact that it was a portable GTA game had its own advantages.

Missions and general gameplay are much faster compared to GTA 4 or its episodes due to this simple change.

GTA Vice City Stories is the quintessential GTA game that takes inspiration from a main game (GTA Vice City) and makes it better. It still happens in Vice City, but it takes place two years before the original title takes place.

Victor Vance is the main protagonist of this game, and his journey from an honest soldier to a criminal mastermind is brilliant. Unlike other side titles, GTA Vice City Stories looks like a main title in many ways.

The animations and graphics are good for the time, and the game still plays in the 3D style that fans know and love. There are also not many technical compromises that make the game inferior to other titles.

Note: This article reflects the personal views of the author.