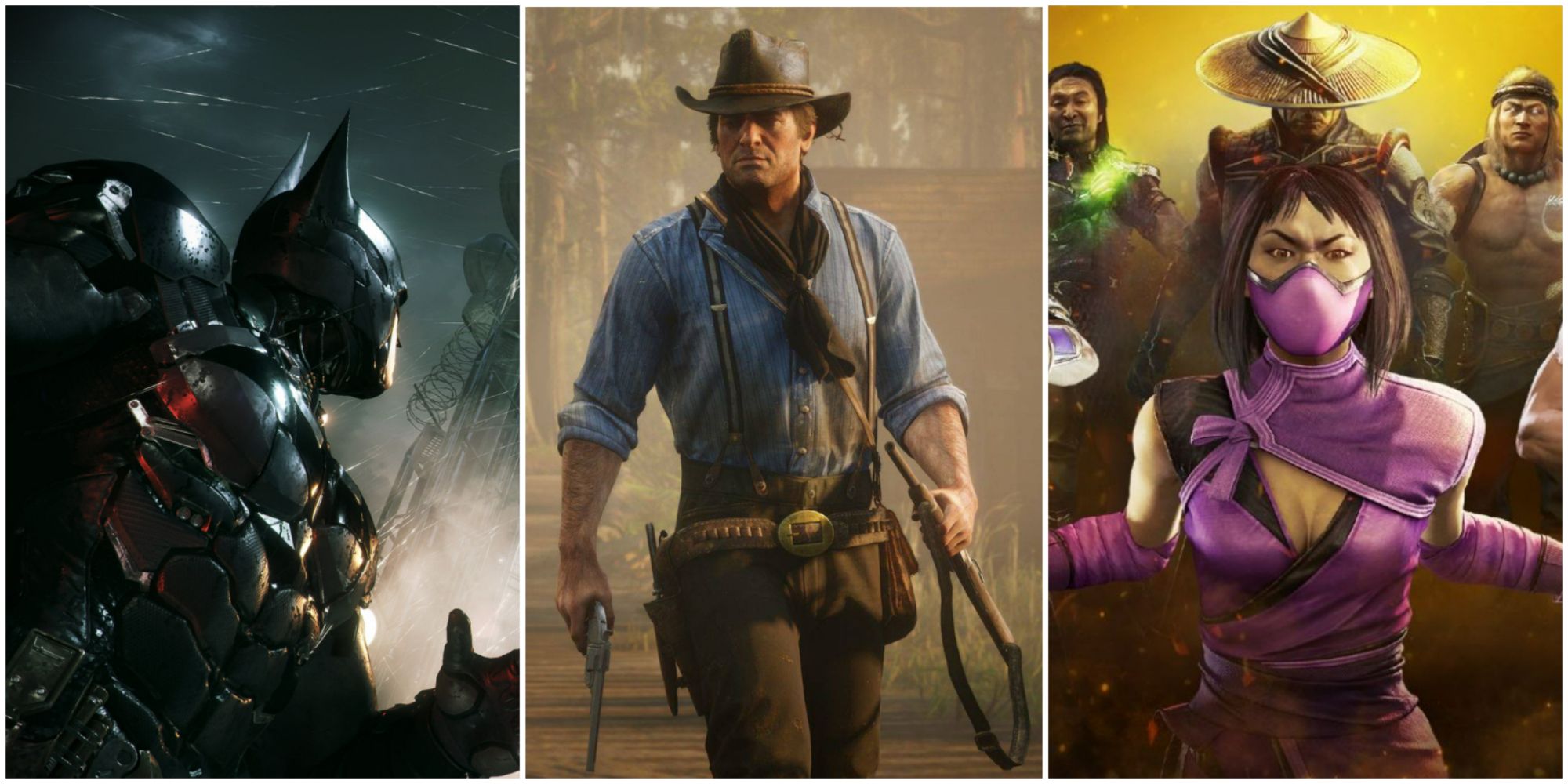 While many of those who put in the cash to reserve a Steam Deck have been waiting to order one, a lot of people have been lucky enough to get their own. Getting new gaming hardware opens the door to testing it out and seeing what’s possible. Of course, not all games are technically supposed to run on the device, but some do, even if Valve says “no”.

Related: Steam Deck: How to check if your games are compatible

Unsupported games may have their issues. Some require a lot of work to make it work properly. Meanwhile, others are launching without a hitch despite the label. So even if your Steam tells you that a game in your library is not supported, you might as well give it a try as it might be a great experience.

Mordhau offers intense and intimate duels to epic large-scale battles with many players to fill a server. This can be quite demanding when adding all the severed limbs. That said, it maintains a consistent frame rate when played on the Steam Deck.

The biggest consideration is how it controls. While it acts like a PC, the Steam Deck plays like a suped-up Switch. Since this medieval action game is a PC exclusive, it feels stiffer with controllers. Luckily, you can plug it into a monitor and grab your keyboard and mouse to slay rival knights on the battlefield.

Even if you own a PC fighting game, you’re probably using a controller because some genres still feel better with one rather than a keyboard and mouse. Mortal Kombat 11 requires precision and a high frame rate to turn your enemies into goop.

The button layout of the Steam Deck makes it a great fighting game device. The back buttons act like the back paddles on some high-end controllers, like the Xbox Elite Series. Set your graphics settings to low to maximize your frame rate and start shredding in the arena.

With Batman: Arkham City being the only one in the series to be fully supported, it’s a bit surprising to see the latest iteration run so well despite being considered unsupported.

Related: Batman: Things Unique Only To The Rocksteady Arkham Version Of The Character

Say what you will about tank battles and intrigue; Arkham Knight is the most intensive of the Arkham games. With its expansive world and detailed graphics and animations, it’s a great way to test out Valve’s hardware. Even better, you can do it as Batman by defeating low-level criminals when you could easily do more for Gotham by investing your billions in something bigger than punching a clown in the face.

Rockstar pushed the technology further than ever with Red Dead Redemption 2. Even as a previous-gen title, it rivals anything released under the current-gen so far. The vast Wild West seems to need a beefy PC to run, but even your Steam Deck can play it. This is the definition of Polish.

As naysayers and skeptics alike watch Valve’s latest venture into hardware, Red Dead Redemption 2 is a showcase of how the Steam Deck can work, delivering mobile gaming like we’ve never seen. When you get your hands on one, or if you already do, jumping on a horse and exploring this open world might be the best way to put the laptop PC through its paces.

Bethesda has a reputation for delivering games that are both high quality and buggy. Fallout 76 had its issues but found an audience. Released in 2018, it still gets content updates because of those fans. Now they have a new way to explore the West Virginia wilderness.

Load times can be a hindrance, but with a good SD card, or if you have one of the higher tier Steam decks with an SSD, then you should be good. You just need to tweak the settings to get the right balance of performance and graphical fidelity for the best experience.

If you’re an Insomniac fan, it can be difficult to pinpoint exactly what gives the studio’s games their distinctive character. Fluid movement, goofy weapons, and a stylistic world might be some of the things that come to mind. Sunset Overdrive, the Xbox exclusive that has come to PC, fits perfectly with a more mature sense of humor than Ratchet & Clank.

The game’s age may have a role to play in how well it runs here, but it’s just as smooth on Steam Deck as it was when it first came to Xbox One in 2014.

The RE engine – which for some reason stands for Reach for the Moon and not Resident Evil – is hugely impressive, especially the way it’s been used in the latest games in Capcom’s goofy zombie series. Remakes look especially good, updating aging classics for a new generation of gamers while keeping most of what makes them special.

The Resident Evil 3 remake gets complicated right away when it comes to Nemesis bashing a building to get Jill Valentine. Throughout the short campaign, there’s plenty of action and undead staring at you like a tasty treat. The visuals, cutscenes, and gameplay might feel like RE3 would push the Steam Deck to puff smoke, but the laptop handles it like a champ.

A good board game is hard to beat. Ultimate Chicken Horse is not only adorable, but it’s also a great way to anger everyone you play with as you all race towards the finish line.

While the game isn’t graphically demanding – it looks like it could be playable on anything from a dusty console to an older generation smartphone – Ultimate Chicken Horse has an unsupported tag. But, it looks like Valve misjudged this one. Grab a Steam Deck and some friends and see who the ultimate pet is.

Hordes of NPCs can cause even some solid PCs to start blowing. Vermintide 2 throws so many rat-like enemies that you have to kill with your team. Although it might take a little extra work before loading into a level, you can get through to the Steam Deck with minimal hassle.

If you just got the PC-like handheld, you might want some adrenaline-pumping action. Vermintide 2 is nonstop bloody action as you hack through dozens of enemies charging your way.

Now seems like the perfect time to kick off Max Payne 3. Remedy Entertainment is remaking the first two games with the same engine that powered Control. On top of that, earlier this month the third episode turned 10 years old.

Dipping and gliding in slow motion feels great on the Steam Deck. The trackpads and rear buttons give it a whole new dimension when fiddling with the controls for a feel you didn’t get when you played it back in the day. Admittedly, this is an older game from two console generations ago. Even then, it plays just as well here as it does on any other platform.

Next: Handheld Games That Rival Their Stock Console Games