Where is the Gold Cube in Fortnite Season 8 (September 29)? 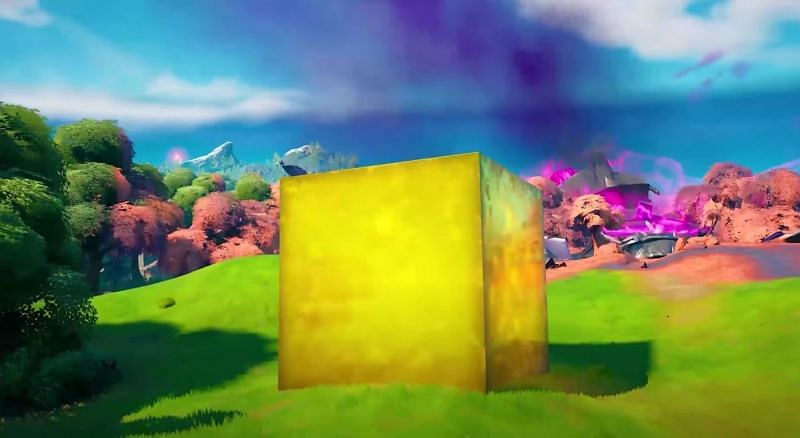 Fortnite Chapter 2 Season 8 Gold Cube has caught the attention of gamers around the world for several reasons. While the return of Kevin the Cube had been buzzing about for months, the arrival of Blevin and the Golden Cube took everyone by surprise.

Right now, the Golden Cube is traveling across Fortnite Island and activating the purple cubes (Kevin). These awakening events led to the creation of purple cube babies, and it’s hard to presume which cube-related events will occur in the future.

Here is the location of the Golden Cube in Fortnite, as of September 29.

Locate the Gold Cube in Fortnite Season 8 amid awakening events

The first awakening event, in which the Golden Cube emitted waves of energy towards the Purple Cube near Believer Beach, took place a week ago. After the end of the awakening process, several Kevin babies were spotted by the players.

The Loopers are still confused about the mystery behind the events of Awakening, and another has already started. With update 18.10, a new purple cube has been placed near Steamy Stacks, and theories suggest that the original Kevin the Cube is trying to reach the island via the POI.

Where is the Golden Cube heading in Fortnite Chapter 2 Season 8?

According to the HYPEX leaker, all cubes in Fortnite Chapter 2 Season 8 will eventually reach The Aftermath (center of the map).

Looks like all the cubes go to the middle of the map, the yellow path is for gold, the purples are for the purple cubes BUT the purple paths are a bit far apart but you have an idea of â€‹â€‹where they are going!

Looks like all the cubes go to the middle of the map, the yellow path is for gold, the purples are for the purple cubes BUT the purple paths are a bit far apart but you have an idea of â€‹â€‹where they are going! https://t.co/2HWY1zQkEo

There will be plenty of occasions when the purple and gold cubes intersect, and each time players can expect an awakening event to take place.

Many believe that the highly anticipated POI Pyramids will arrive in Fortnite with the help of the Golden Cube.

Overall, Fortnite Island is going through a lot of changes. New POIs like Cube Town have been discovered, while older ones like Steamy Stacks are threatened with destruction. Cubes are spreading their corruption at an unprecedented rate, and with all the new content, Fortnite Chapter 2 Season 8 is gradually turning into anything the community could ask for.