Where to find IO guards in season 8 of “Fortnite” 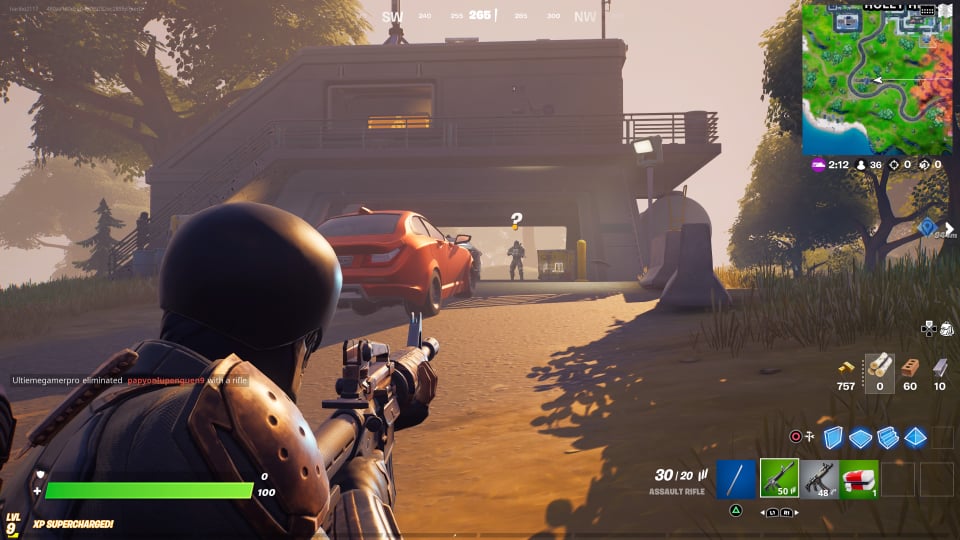 A number of quests in Fortnite Season 8 requires you to hunt down the IO guards on the island.

There are various reasons why you might be looking for these secret agents. Sometimes you’re tasked with defeating an entire squadron of them, while on occasion you just need to use a nearby dance emote.

Whatever your reason for looking for IO Guards, you might notice that their ranks have shrunk a bit since the Operation: Sky Fire event. They can now only be stationed in a handful of locations around the map (they were, conversely, quite prolific in Season 7), which makes locating them quite difficult, especially if other players are ahead of you.

To help you find IO guards in Fortnite Season 8, News week has prepared the following guide.

Where to find IO guards

Your best bet for finding IO Guards is to visit one of their outposts or convoys on the island.

Those working on Charlotte’s “Heist” questline will have a bit of an edge here, as the third mission on her character punch card actually marks these locations on the map for you. If you’ve already passed this stage or haven’t met Charlotte yet, the image below shows you all five locations.

There is a base near Pleasant Park, one halfway between Steamy Stacks and Dirty Docks, another east of the Aftermath Point of Interest (POI), one in the Southern Mountain Range, and a final one at the outskirts of Holly Hedges.

In our experience, not all of these outposts had IO guards. We actually only managed to find them at Holly Hedges and the one near Pleasant Park, but that doesn’t necessarily mean they can’t appear elsewhere.

Just in case, here’s a more detailed breakdown of where to find each of the IO outposts in Fortnite Season 8.

Halfway between Dirty Docks and Steamy Stacks, there is an IO outpost overlooking the coast. We did not find any guards stationed here, but there is evidence of their presence.

Just east of Pleasant Park there is a small outpost. We found two IO guards patrolling this particular area.

East of the Aftermath POI (the large purple spot in the center of the map), there is an IO outpost. It is near the S-shaped bend in the road. We couldn’t find any IO guards here.

There is an IO base in the mountain range south of Misty Meadows. Look for the “Destined Dish” landmark and you should find it. We haven’t seen any guards here either, but that doesn’t mean they never patrol the area.

Finally, the last location is guaranteed to have at least two IO guards present. We revisited the area in several different matches and each time there were a pair of soldiers roaming the field.

To find this outpost, head directly south of Holly Hedges.

For more help with Fortnite Season 8, discover Newsweek guides explaining how to use Shadow Stones and how to complete “Side Encounters”.