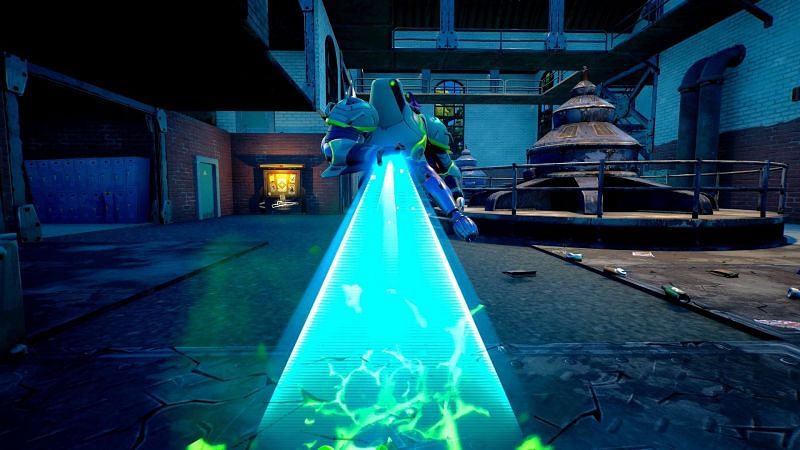 The Loopers are still looking for the opportunity to get their hands on a Mythic Fortnite Season 7 weapon as they continue to be the most favorable options.

Fortnite Season 7 ended a month and the hype around the game continues to be the same as when it was revealed on June 8. Credit goes to the developers for rolling out frequent updates and adding new items.

Since the launch of the Alien season, players have been eager to know the location of the mythical weapons of Fortnite season 7. This article will reveal the location of Slone’s Pulse rifle and Zyg and Choppy’s Ray pistol.

Dr. Slone made her first public appearance in the Season 7 Battle Pass trailer. Soon after, she was added as the boss of the NPCs. Dr Slone has been revealed to carry a Mythic Fortnite Season 7 weapon.

Dr. Slone appears near the center of the island in the Corny Complex POI. She carries a special rifle, known as the Slone Pulse Rifle. Getting ahold of it can be a bit tricky, as eliminating it can be quite difficult.

Dr. Slone can teleport and she summons two clones to fight with her. Therefore, players usually fight 1v3 battles, and it is advisable to carry adequate ammo before engaging in a duel with this NPC.

Zyg and Choppy have recently been added to the island. These NPCs can be found in POI Hydro 16, located to the right of the Slurry Swamp.

Zyg and Choppy carry a mythical ray gun that can be lethal when handled with precision. Fortunately, they don’t summon any clones to help them.

However, the POI consists of an alien parasite, and players must maintain a safe distance from it. These beings are not lethal, however, as they only reduce health to 60 when attached to players’ heads.