Where to find the Fireworks Flare Gun in Fortnite 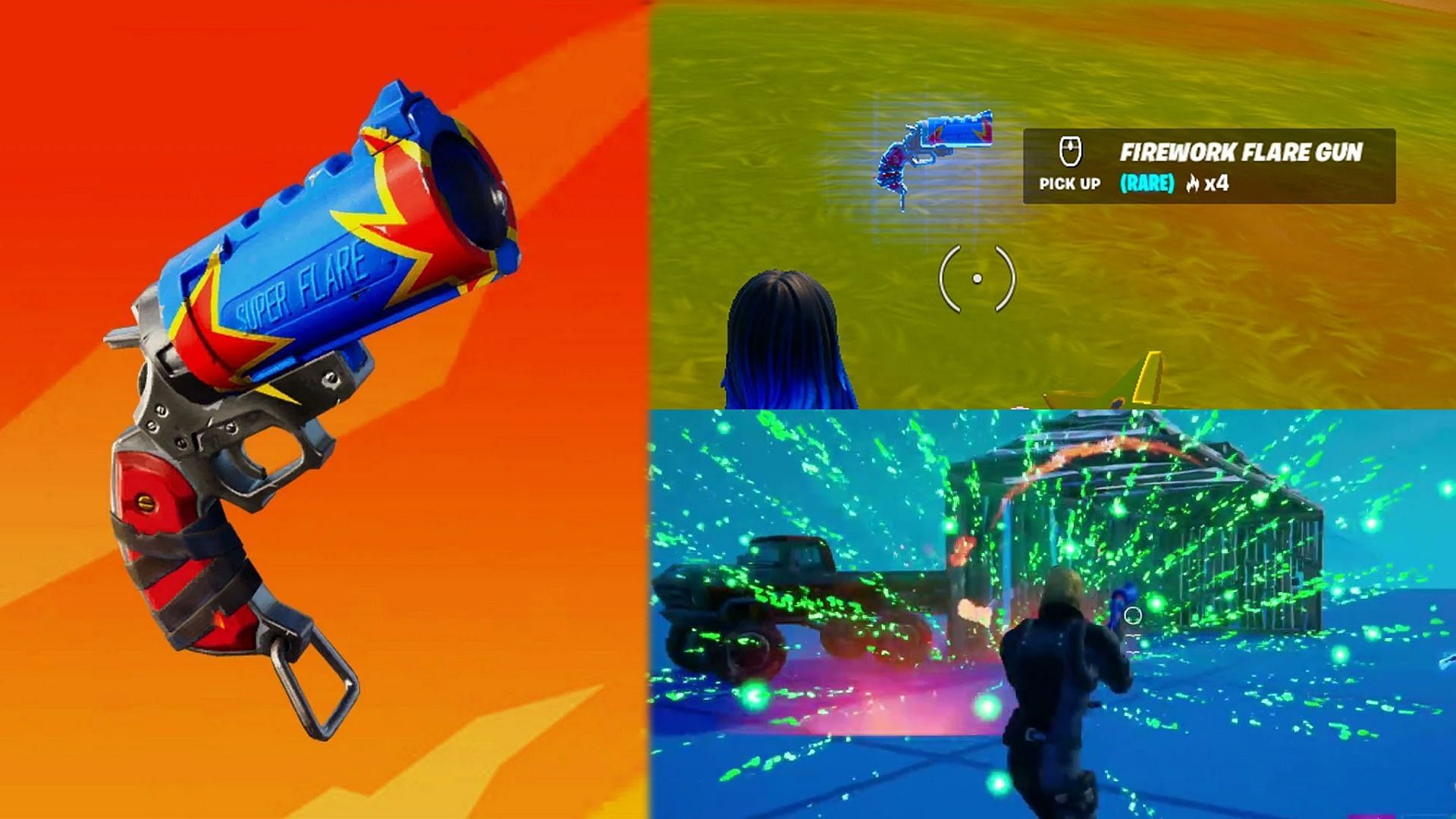 The Firework Flare Gun is a new item released in Fortnite Battle Royale. Epic Games has added a lot of new content to Chapter 3 Season 3 so far, and although the season is only in its fourth week, a lot of changes have happened.

The Fortnite creator is working hard to bring new content to the game, and it’s no surprise that the current season is one of the best ever.

Season 3 has a different loot pool and storyline, but players still love it. Considering Epic has made big plans for the season, fans can expect more changes to come soon.

The game developer released the Firework Flare Gun with a minor update on Tuesday, June 28. This new item is a reworked variant of the Flare Gun first released in Chapter 2.

Firework Flare Gun can be obtained from different loot sources

Unlike the Ripsaw Launcher, a new weapon limited to a single slot initially, the Firework Flare Gun can be found all over Fortnite Island.

Loopers can pick it up off the ground, and it’s also contained in chests. Finally, the new item will also be available in supply drops.

Epic described the new item in a blog post, revealing how it will work. Users who used the Flare Gun in Chapter 2 already know how to use it, but beginners may need some practice.

Tis the season for good vibes, so why not add some fireworks? Players will not fire a standard flare with the Firework Flare Gun. Instead, every hit they take will be fireworks. The area where the firework explodes will be set on fire, causing a spreading fire to start.

As seen in the tweet above, the Firework Flare Gun is almost identical to the original version of the item. However, it has a different skin (wrap) and a different gameplay effect.

How to Use Firework Flare Gun

While the new item is fantastic for setting structures and users on fire, it has another big purpose. The new variant of the Flare Gun can reveal enemies and their locations, making it one of the best utilities in the game.

It’s similar to the Recon Scanner, a utility item released in Chapter 2 Season 7. However, instead of the Recon Scanner’s constant reloads, the new Flare Gun has limited charges, so loopers have to be smart with it.

The new Firework Flare gun works exactly the same way as your regular Flare gun, but instead of launching a flare you will now see the amazing fireworks light up the sky.

What do you think of the Firework Flare Gun?

The tweet above shows what the new item looks like. It’s almost identical to the original Flare Gun, but there’s no doubt that it looks much cooler.

The weapon was first spotted in the new season’s trailer, but surprisingly Epic released it so soon. Since it is available from many different sources, fans can expect many players to try and use it on their enemies.